This summer I’ve been fortunate to get out on the ocean a few times, and each time we have seen an incredible abundance of pelagic tunicates, in particular the species Cyclosalpa affinis. These open ocean planktonic animals largely drift with ocean currents, although they do have the ability to pump water through their bodies and propel themselves to a certain degree. Typically, the salps that I have seen are in some colonial form, either in rings or in chains of rings. Sometimes an individual salp is observed reproducing, producing a much smaller chain of miniature salps. A few of my salp photos were shot some years ago on SCUBA, but most of the ones on my website now were made freediving (snorkling, breathholding diving) so you can see they are often quite shallow. Salps will often be at or near the ocean surface at night or if the weather is overcast, and will sink 20′ or 30′ when the sun comes out. 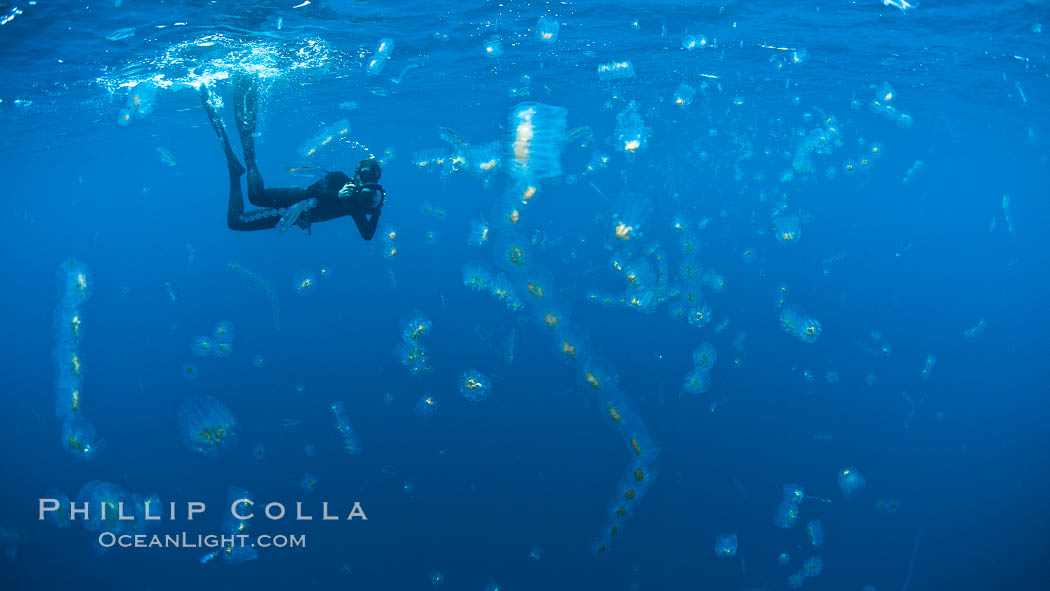 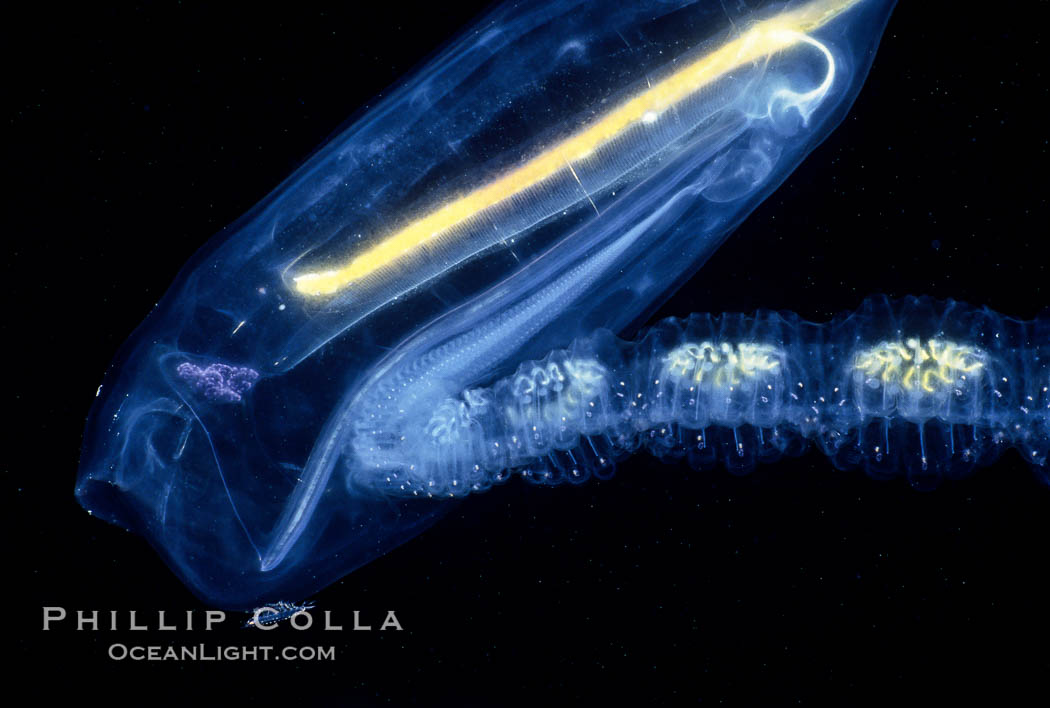 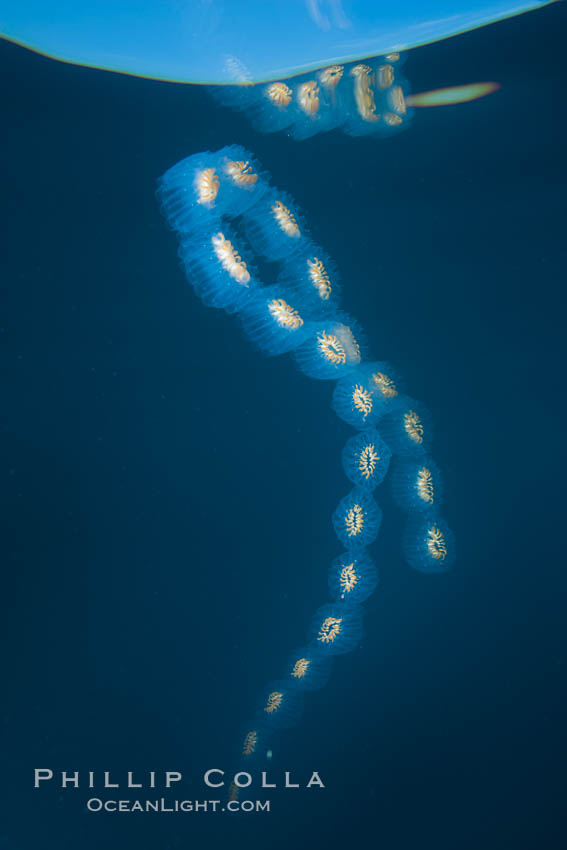 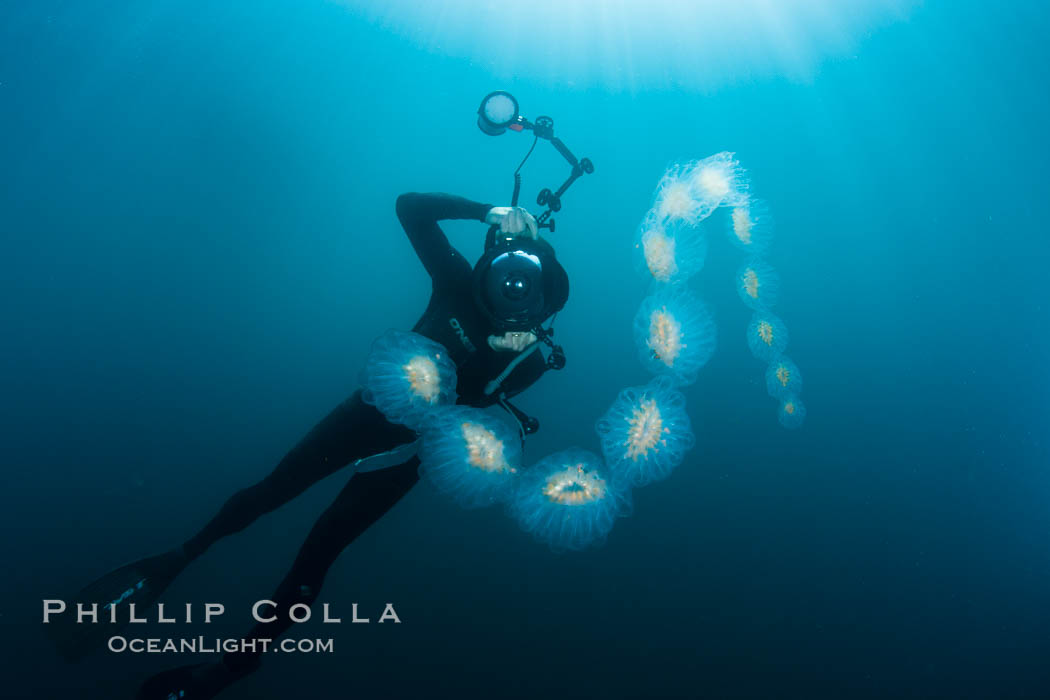