We made several loops over downtown as the sun dropped to the horizon, eventually passing by the San Diego Covention Center. It is really a big facility and looks quite different from the air than when I have seen it from the entrance near the Gaslamp District. Just a few seconds after the photo below was made, I took a nice photo of Petco Park just a short distance away (as the crow flies). 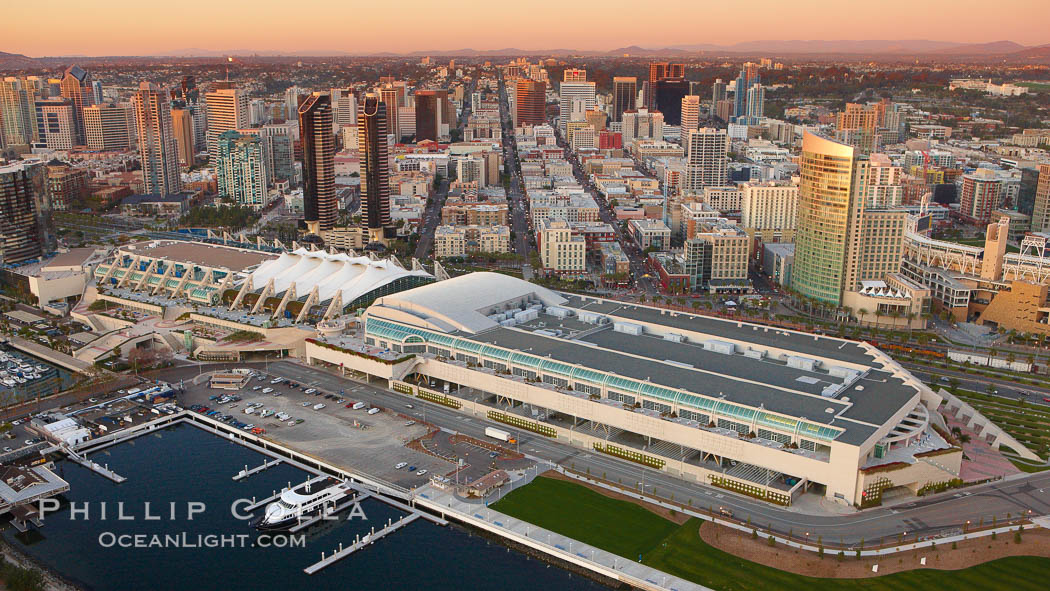