One any clear morning, about 20 minutes before sunrise, the Earth’s shadow will appear.  Here it is depicted against La Jolla’s famous Scripps Institution of Oceanography research pier.  The pinkish band is high enough above the horizon that the sun can reach it, and is actually dust lit by the rising sun.  For us on the ground, however, the sun is still just below the eastern horizon. The blue Belt of Venus low over the western horizon, below the pink band, is the shadow of the Earth itself, atmosphere which is not yet reached by the sun.  As sun rises approaches in the east behind us, the blue shadowed belt to the west will narrow and be squeezed downward, eventually disappearing altogether at the moment the sun rises.  See the curvature of the blue, which mirrors the curvature of our planet?  Earth Shadow is also known as the Girdle of Venus or even the “antitwilight arch”.  Cheers, and thanks for looking! 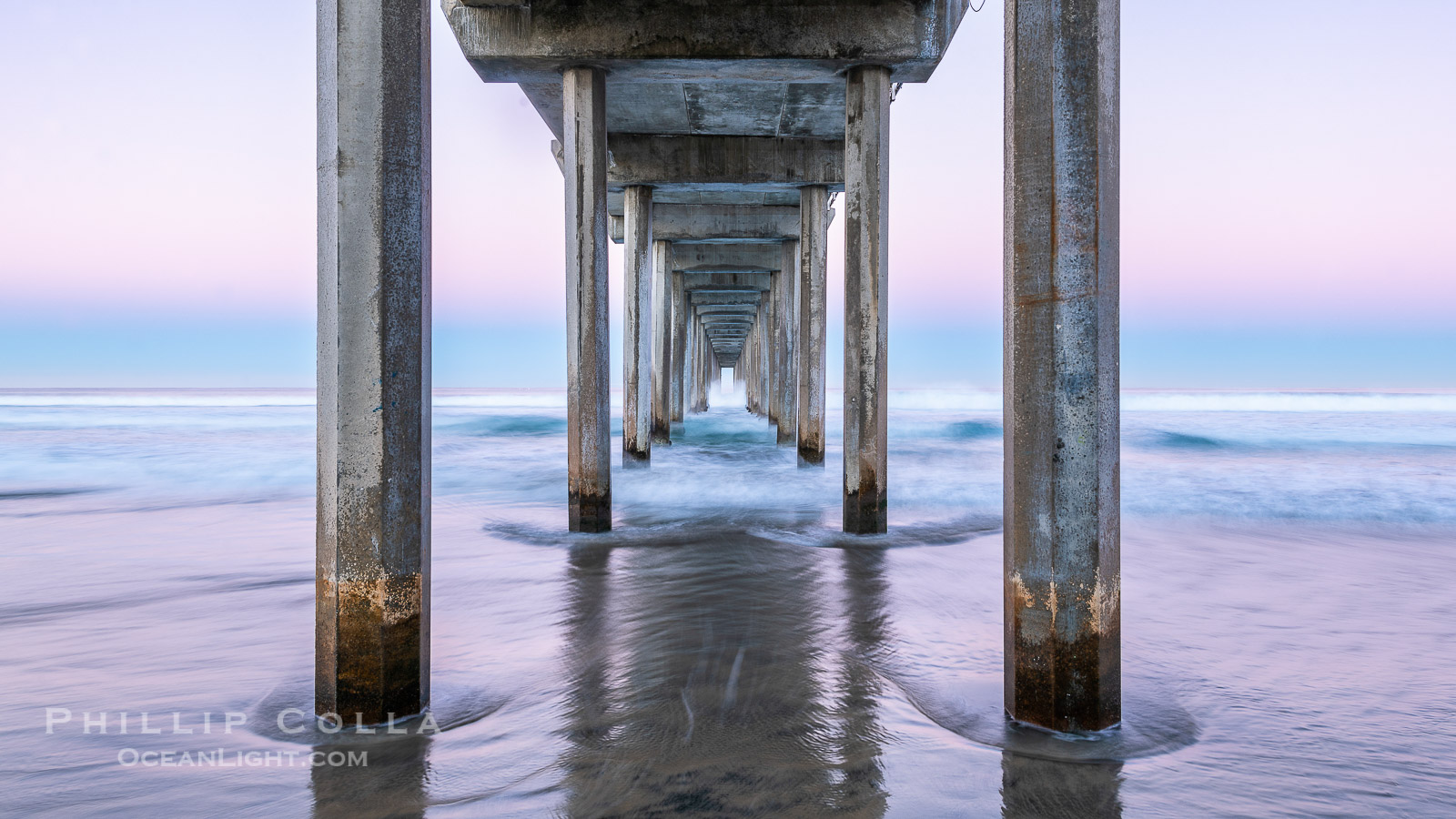 The Gold Coast of La Jolla, Scripps and Torrey Pines at Sunset