Each morning I would watch the predawn blast off of snow geese from Bosque del Apache National Wildlife Refuge‘s main impoundment. Each time was impressive. Afterward, I would move to the crane pools, hoping to watch the cranes take off as the sun reached them and warmed them up. One morning at one of the crane pools a large “fly in” of geese took place just as the sun was cresting the mountains in the distance. These were the same geese that had lifted off from the main impoundment pool, only to settle down again by the thousands in a new pool, backlit by a golden sunrise. 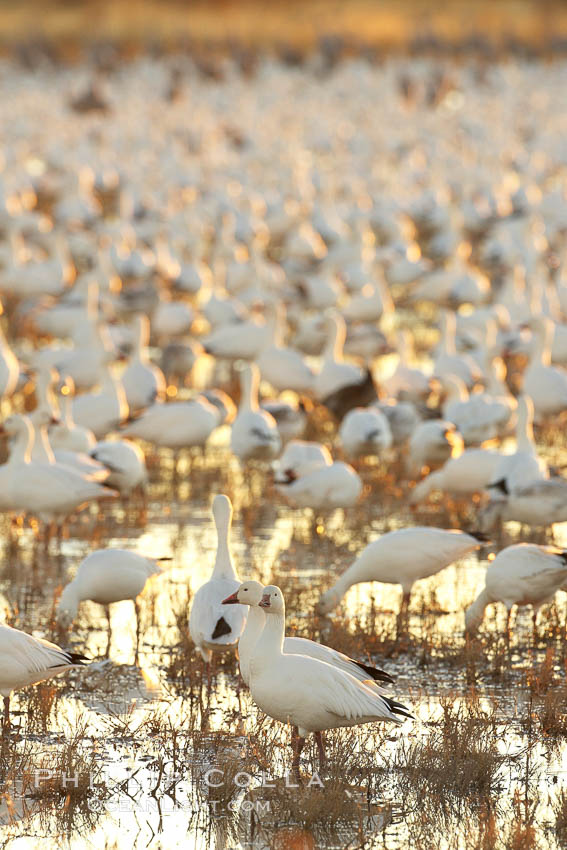