Today’s abstract photo was photographed at San Clemente Island. Early one overcast, dark morning at the south end of the island, I found myself drifting along the reef about 30′ deep, over a huge expanse of surf grass. Given the dim light the exposures were long and blurry, so I was looking for subjects that lend themselves to blur. The surf grass was swaying back and forth as swells passed overhead — why not shoot the grass? I had just started shooting digital underwater and had an epiphany (which are few and far between in these parts): if I just look at the photo after I’ve taken it, I can make adjustments and take it again, better. So I did just that, using the histogram and the little LCD display of the image I had just taken to adjust things until the exposure was dialed in, trying for the longest exposure the light would allow (probably about 1/2 second). I sprayed a few hundred shots around the surf grass bed. Upon returning to the boat I found I had a few keepers. Abstract #3 in a series of 15: 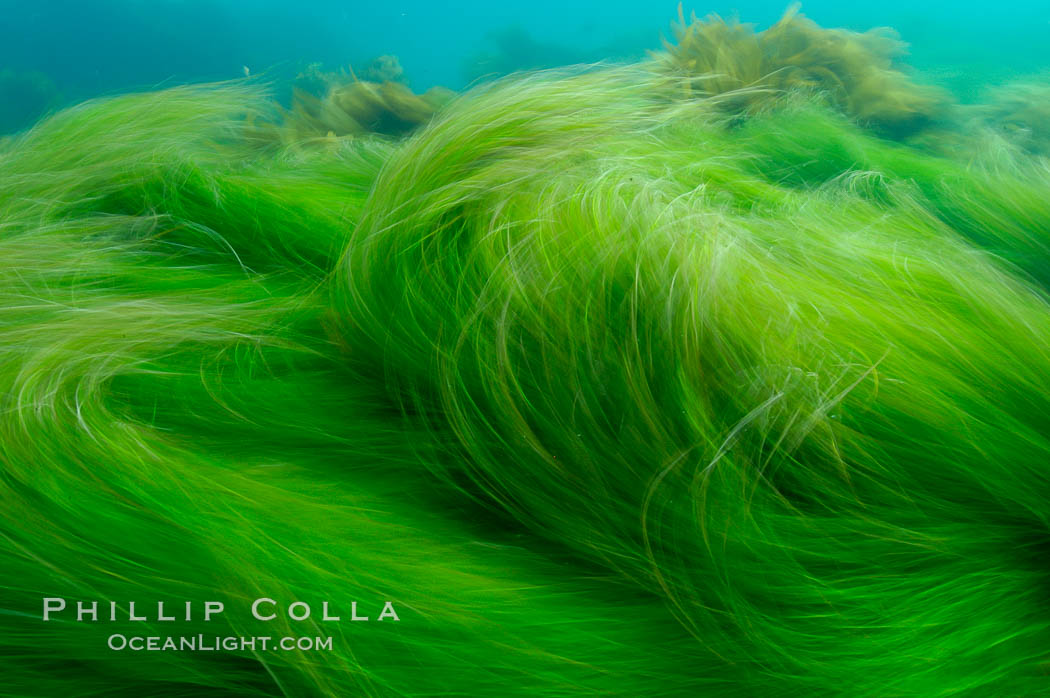 Sunlight in the Ocean, Abstract Photo