When the goal is simply to swim in and admire a kelp forest, nothing beats the (relatively) warm clear waters of Southern California’s San Clemente Island in late summer. On a good day the panorama at San Clemente is stunning: kelp in all directions reaching from seafloor to surface, summer sun and canopy shadow constantly changing, fish swimming the avenues of the forest and visible over a 100′ away. One is enveloped — literally — by life as far as one can see, an effect I have experienced only a few times, and fleetingly, elsewhere in the ocean. On a day like this I will spend as much time in the water as possible, staying just below the surface to take advantage of the wonderful quality and variety of sunlight in the canopy, waiting for subjects to photograph against a backdrop of kelp. There are always garibaldi, kelp bass, various wrasses and juvenile fish hidden among kelp fronds to photograph year-round. It is September and October — the magical Indian summer months at Clemente — that are my favorite as they have brought torpedo and bat rays, seals and sea lions, huge schools of salema and mackeral and enormous sea bass though the forest in front of my lens: wonderful animals in a spectacular setting to spite my limited ability to capture them on film. 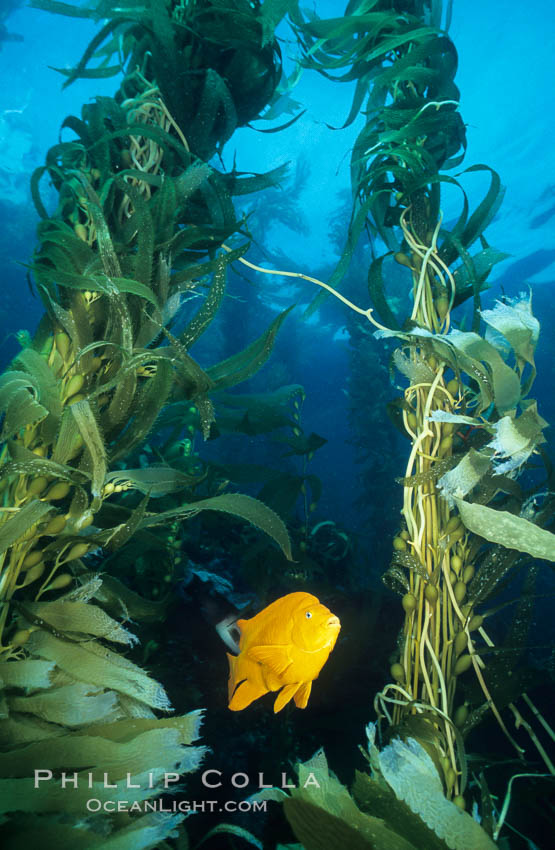 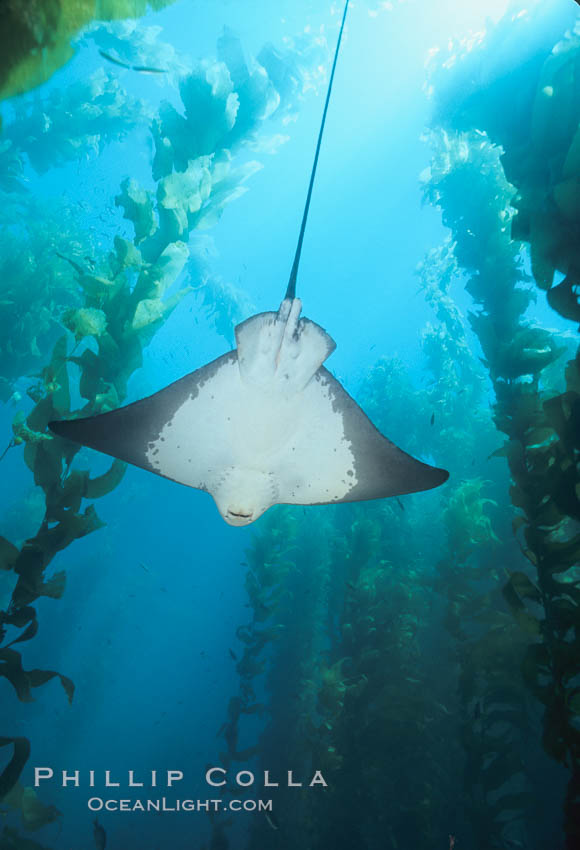 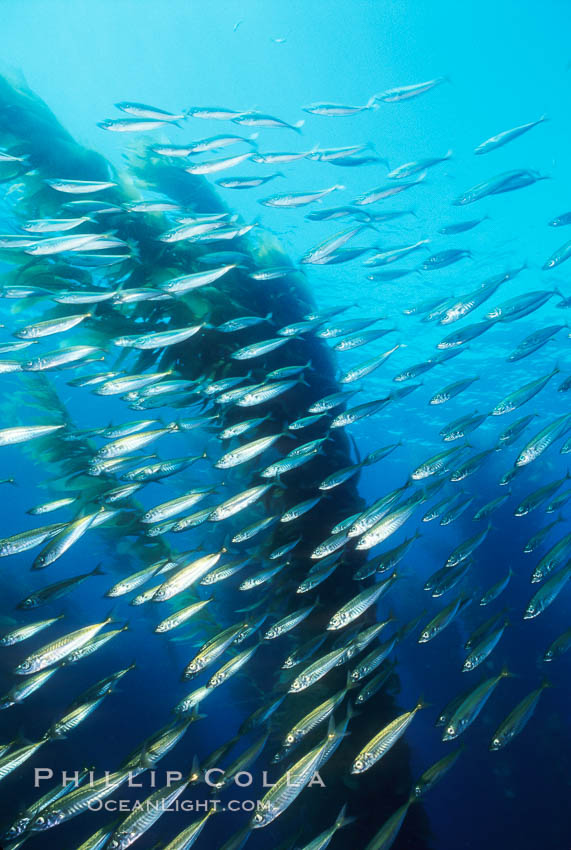 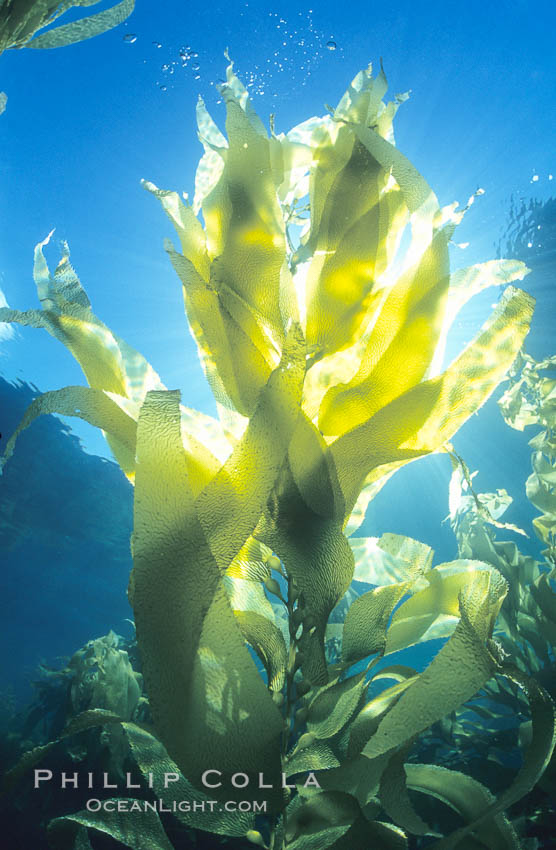