Further to the south, Santa Barbara and Catalina Island kelp forests offer somewhat less profuse animal life but warmer and clearer waters. While I don’t dive these two islands often anymore, I do dive kelp originating from these islands throughout the summer: drift kelp. I was introduced to the notion of seeking out floating paddies of kelp by bluewater photographer Mike Johnson and have been hooked ever since. It is a strange pursuit, driving miles of open ocean in search of drifting kelp in the hope of finding something under it. You see, kelp plants that lose their hold on the reef continue to float and grow, drifting with the winds and currents until they are beached or reach warm water. Along the way they gather a variety of passengers including juvenile fish, Medialuna eggs, barnacles and pelagic nudibranchs. Paddies and their passengers further attract a variety of open ocean life: diving birds, bait fish, yellowtail, tuna and marlin, blue and mako sharks. Perhaps the oddest of these visitors is the ocean sunfish (Mola mola), which recruits small fishes at paddies to clean it of parasites — a cleaning station for the largest bony fish in the world, miles from shore in deep oceanic water, circling a scrap of drifting seaweed. 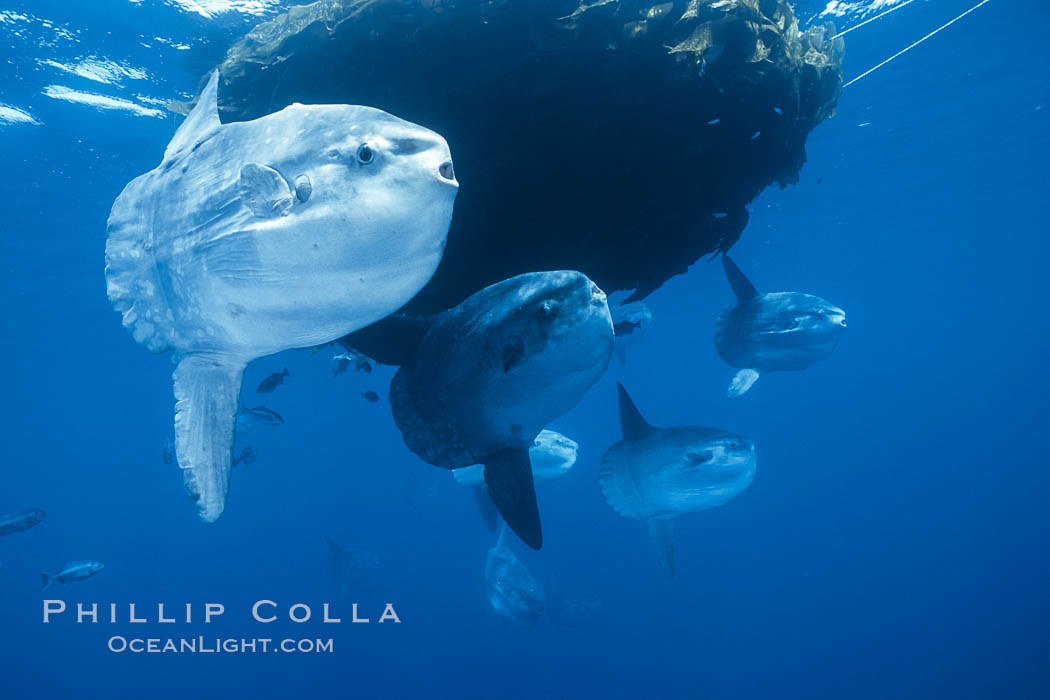 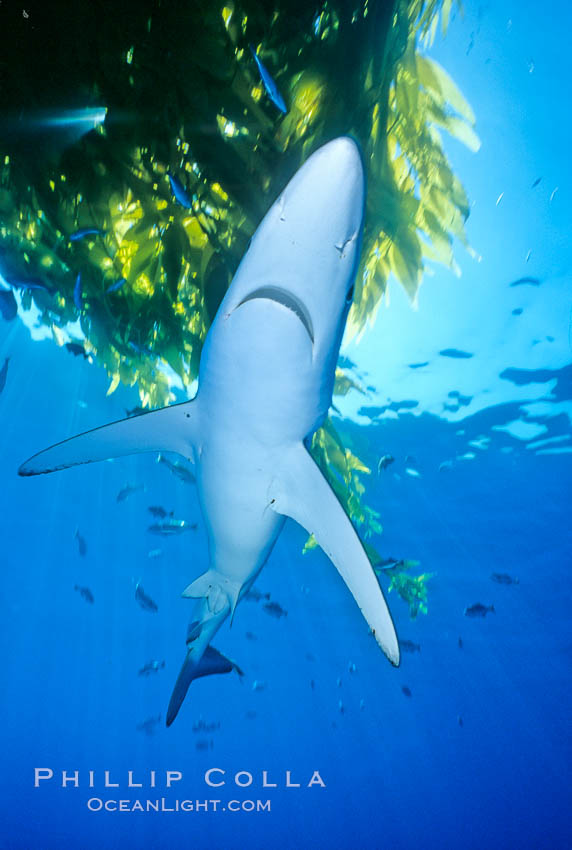 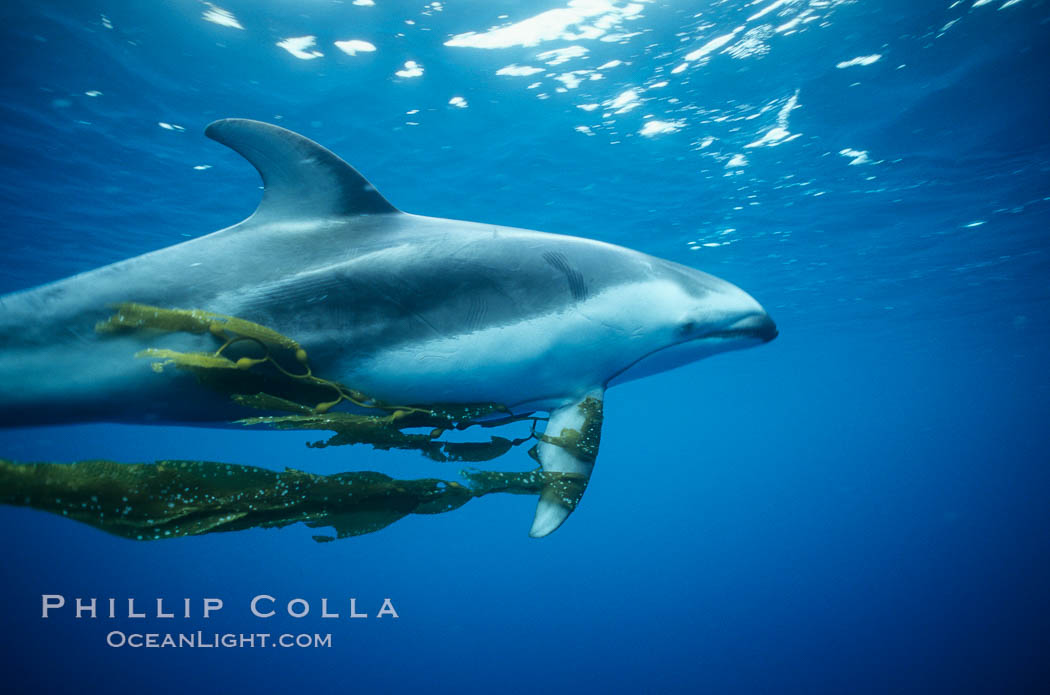 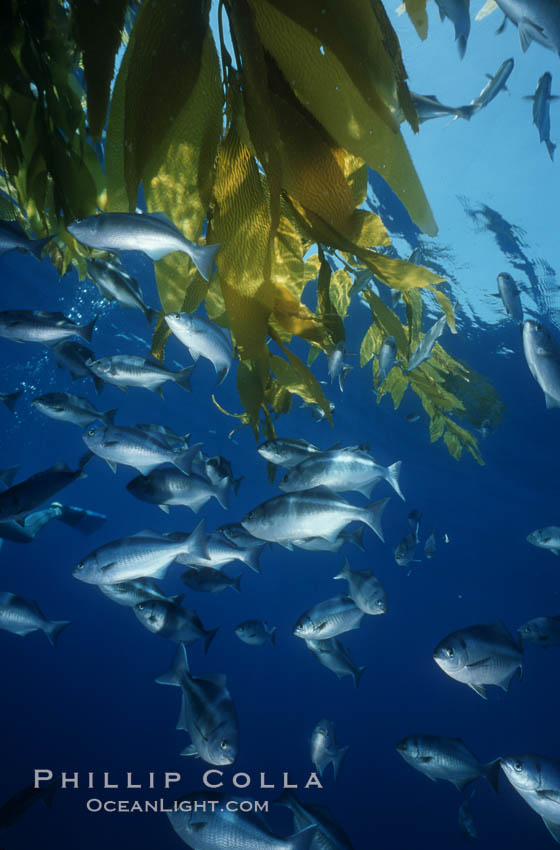 For more photos of the kelp forest, see http://www.oceanlight.com/html/kelp.html