White Pocket was the highight of our recent banzai trip to northern Arizona and southern Utah. A remote and spectacular setting in the Vermilion Cliffs National Monument that includes such well-known landscapes as the Wave, North Coyote Buttes and Buckskin Gulch (thank you Bill Clinton!), White Pocket lies not far from the South Coyote Buttes management area in northern Arizona. Getting to White Pocket was half the fun, requiring several hours of offroading on very sandy dirt roads. Charly Moore of Overland Canyon Tours took us there. We had a great time, were well taken care of by Charly, and were even treated to some great light in the last hour before sunset which was a bonus since the most of the day had been overcast and drab. White Pocket is a tortured landscape, full of bent and twisted sandstone forms. Once ancient sand dunes that were buried over time, the sandstone was slowly compressed under great pressure. After millenia underground the rock has re-emerged in its present wonderful and varied form. It comprises some of the most interesting and beautiful scenery I have ever scene, and I look forward to returning to camp and spend a few days there in the future. 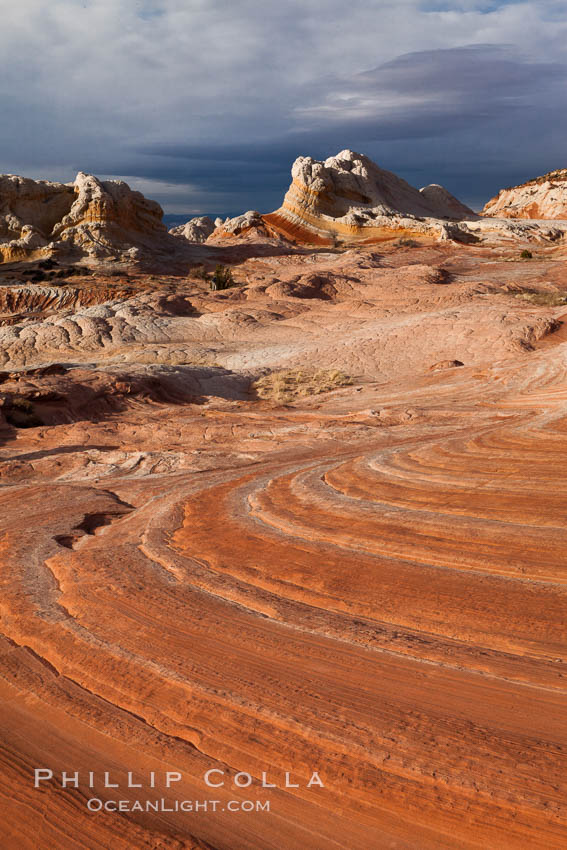