Of the few people who actually dive at Guadalupe Island (Isla Guadalupe) (sorry, cage dives don’t count!) only a fraction will dive on the rugged, exposed, weather side of the island. There, not far from the “west anchorage”, lies a secret complex of arches and large underwater caves. The arches we have named Los Arcos del Diablo although the Mexicans at the island probably have another name for them. Rising 40′ or more out of the water, they are formed on the leading edge of a long extinct lava flow that juts out from the island and abruptly drops into the ocean. The underwater terrain below the arches is even more dramatic with at least one large cavern having a 40′ vertical opening and extending several times that laterally into the heart of the lava flow. We named our find El Secreto Del Vicki in honor of a member of our discovery team and the only known distaff diver intrepid enough to brave the white sharks and crazy water of Guadalupe to explore this particular underwater marvel. Here is a shot of Vicki hovering in the entrance to her namesake cave: 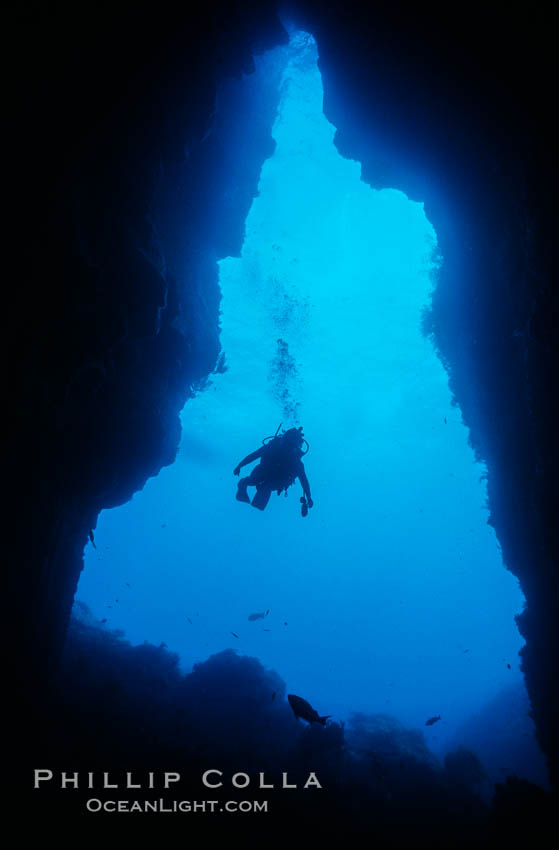