By adminMarch 8, 2022Birds
No Comments

Yesterday was a wonderful morning on Lake Hodges, in north San Diego County.  I went out hoping to see Western Grebes and Clark’s Grebes Rushing.  The day before a storm system had passed through, but surprisingly it dawned clear and still the morning I was to go out.  As I did a year ago, I joined Brian Caldwell , a guide and professional photographer with decades of experience on Lake Hodges, on his boat.  It’s a small skiff with several comfy seats and a silent electric trolling motor to avoid making any disturbance.  We had warm sun and glassy water.  The lake was a mirror from sunrise until about 10am.  We checked out the north shore of the lake for an hour or so, saw at least a half dozen different species of birds including a dispersed group of grebes, then went south and eventually into the eastern basin.  We saw rushing grebes on all sections of the lake.  Brian is the expert of course, and typically he will tell me when some grebes are about to rush. I’d like to think I would have spotted them on my own, but his advice gives me an edge, a little more time so that I can get my camera ready.  Sometimes the grebes are too far away for my lens, sometimes they rush away rather than towards us, and sometimes they fake us out and don’t actually rush in spite of their preparatory actions.  But given enough time and a little luck, we will have at least a few pairs rush towards us with the potential for a good photograph. After watching the famous grebes at Lake Hodges for the past two years from both the shore and a boat, I have begun to recognize the signs that a pair may rush, most importantly a particular sound the grebes make accompanied by face-to-face head motions directed at one another.  The entire spectrum of courtship behaviors these grebe exhibit is incredible (hint: there is a lot more than just the rushing).  It’s a lot of fun to watch and listen to them, try to predict when they will perform a rush, and then get the camera on them and capture an image. I managed a few on Sunday that I like.  Cheers, and thanks for looking! 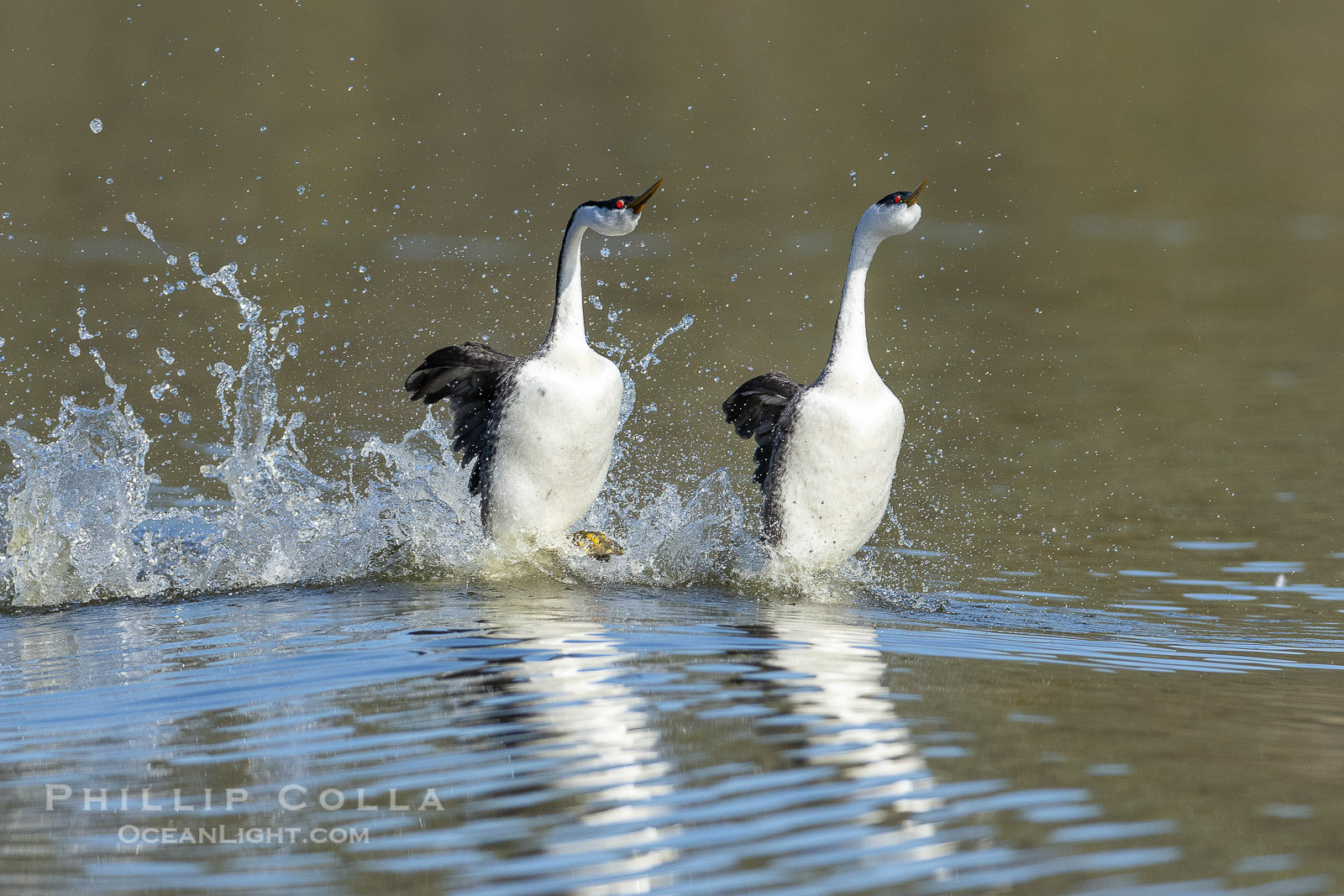 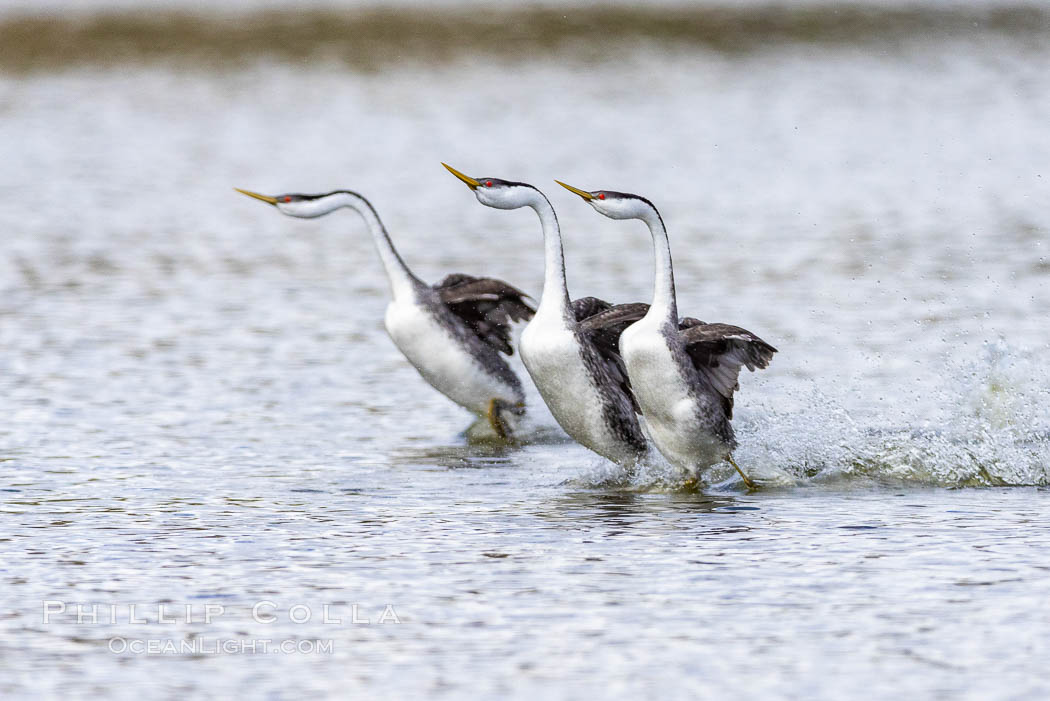 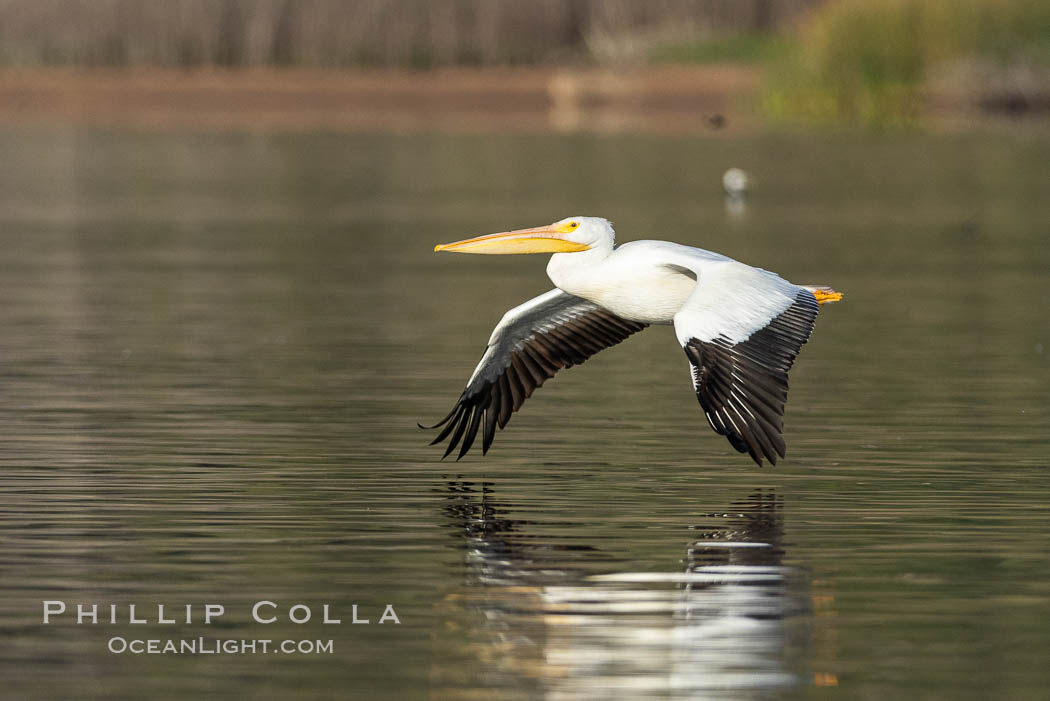 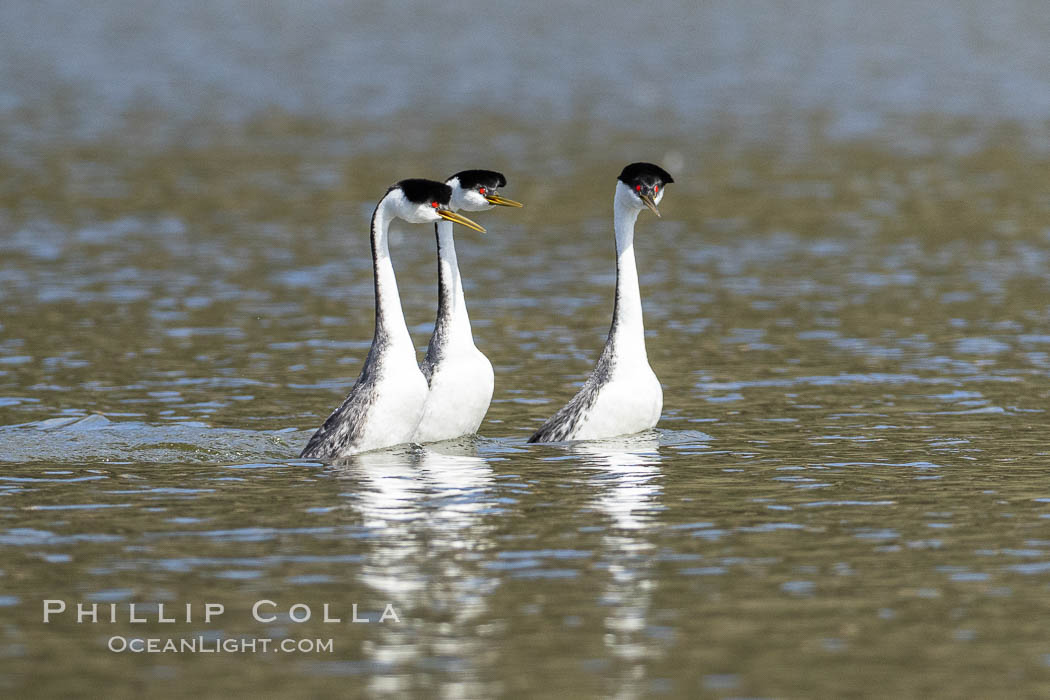 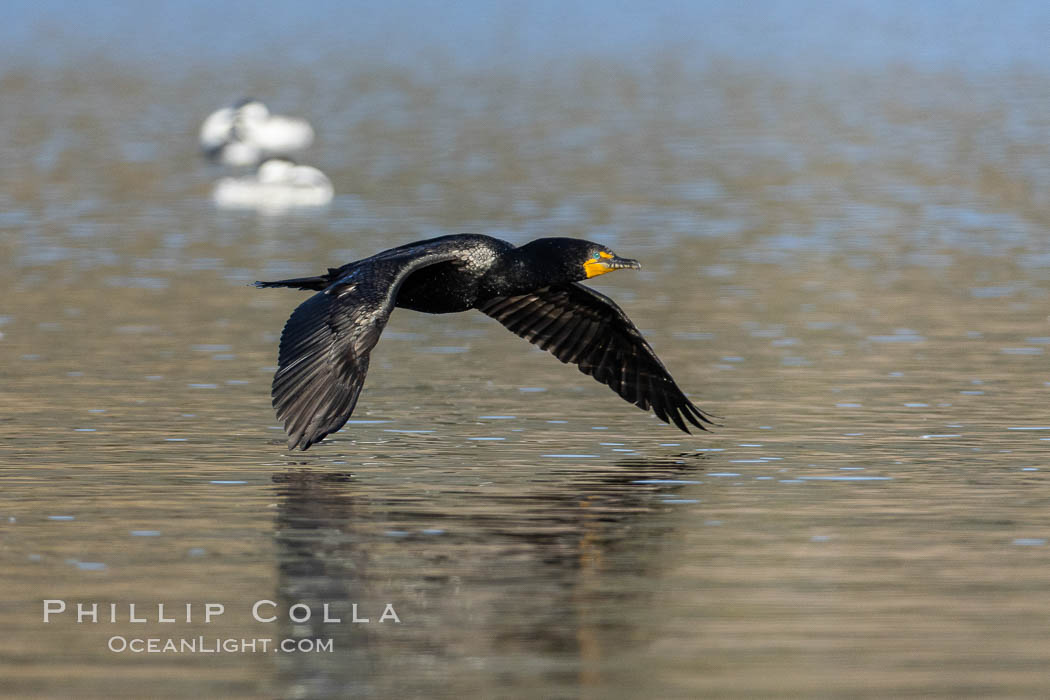