We were recently in the Bahamas, enjoying a week of diving with sharks. We were treated to tornado watching as a bonus. The weather was windier and cooler than I was used to, not having been to the Bahamas in winter before. One morning we awoke at anchor at Great Isaac Island surrounded by brooding skies and lots of towering clouds. Some sort of front (a cold front?) was passing by taking the clouds along with it, and there was a distinct edge to the cell of weather, with clear skies meeting a ridge of clouds. As the morning passed we watched at least 10 waterspouts form along the edge of the weather cell. Waterspouts are simply tornados that form over water. Instead of tossing farm animals and mobile homes about as tornados do, waterspouts just grab the ocean and pull it upward in a great column. You don’t want to be part of the ocean that is grabbed. 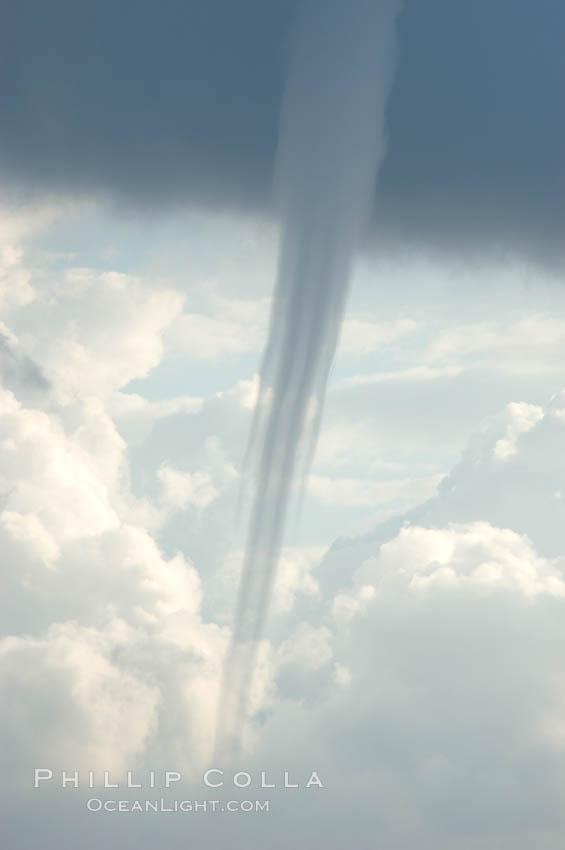 The mature vortex of a ocean waterspout, seen against cumulus clouds in the background. Waterspouts are tornadoes that form over water.
Image ID: 10846
Location: Great Isaac Island, Bahamas

First a funnel would form in the sky: a vortex created when two conflicting winds shear at each other. The vortex might not be vertical initially, but eventually it would orient vertically and the funnel would begin to extend downward. Gradually the vortex would touch the ocean surface, causing a visible disturbance on the water and drawing water vapor upward into the vortex until the entire vortex was visible from water to sky. Most of the waterspouts were too distant to photograph well, but a couple passed by within range of 200mm and 400mm lenses (thanks Ken for loaning me the big lens). In one of the waterspouts, the vortex structure was clearly apparent in which a thick wall outer surrounded a inner cylinder. It was great, sort of like what the tornado chasers in Kansas and Nebraska see except that we had the advantage of watching them just off the stern while eating breakfast in the comfort of Jim Abernethy’s MV Shearwater, waiting for our sharks to arrive. It was a remarkable morning. 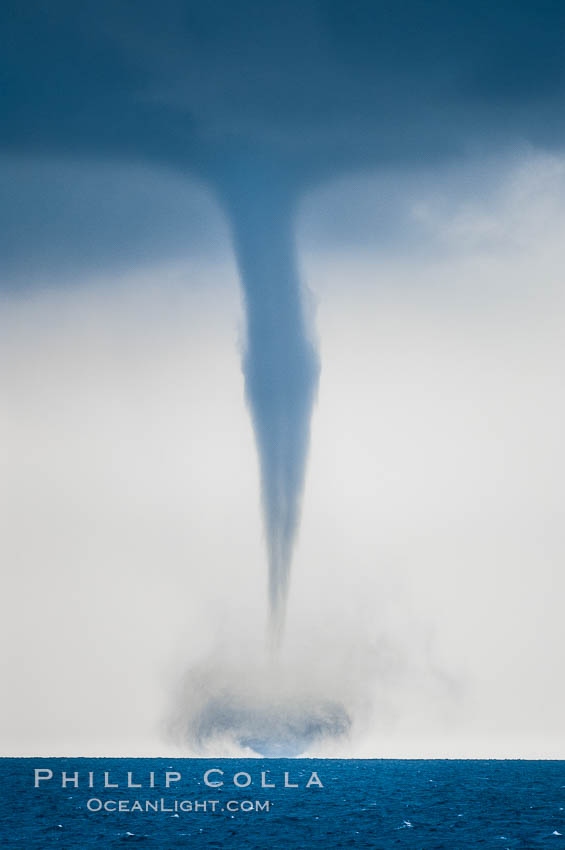 A mature waterspout, seen extending from clouds above to the ocean surface. A significant disturbance on the ocean is clearly visible, the waterspout has reached is maximum intensity. Waterspouts are tornadoes that form over water.
Image ID: 10851
Location: Great Isaac Island, Bahamas 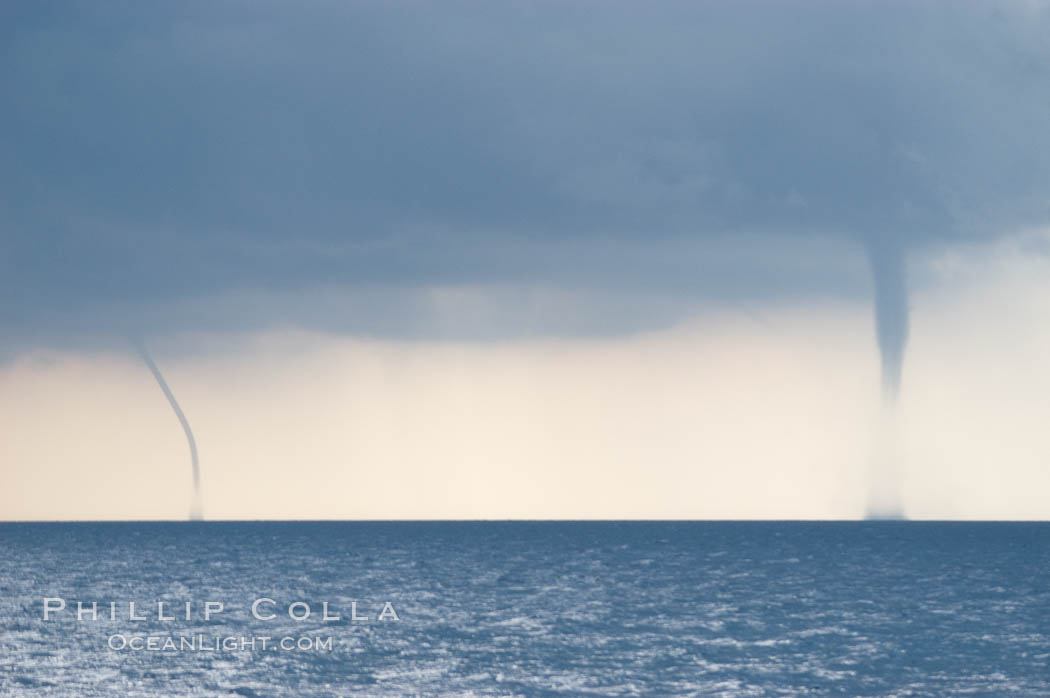