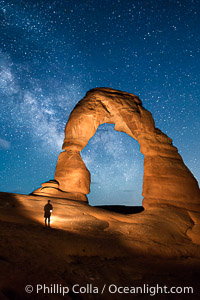 Oceanlight.com is a natural history stock photography website that first appeared in 1998 as an exercise to learn what the world wide web and websites were, learn to write the HTML to bring a site into being, get it hosted and see if the world thought anything of it. Considerable thanks is owed to Mike Johnson, a good friend and skilled photographer with sublime images of pelagic animals and blue whales, who offered much early advice about the entire process. For the first few years, the only photos on Oceanlight.com that were worth looking at were blue whales (and even that is questionable). The pages were static and created either by hand or with primitive tools such as NetObjects Fusion.

As inbound links to Oceanlight.com began to accumulate and the resultant traffic (mostly from AltaVista and later Google) built, more images were added to the site and publishers began to contact me to license them, usually for use in editorial books, magazines and news publications. I realized that Oceanlight.com had become a defacto stock photography enterprise, and was actually one of the first of its kind for marine and natural history photographs on the web. I was represented by a couple small agencies but had to learn how to field requests and license images properly on my own. In mid-2002, armed with about 1000 images and a need to search by keywords (open vocabulary) and hierarchical relationship (closed vocabulary), I decided to learn PHP and MySql in an effort to create what has now become a powerful, well-indexed and comprehensive online image search feature. So powerful, in fact, that many of the subjects of which I have coverage now appear quite high in the Google rankings by virtue of the PHP/MySql code I wrote. For example, Google “kelp forest photo“, “Guadalupe Island“, “blue whale photos” or “Carcharodon carcharias photos“; as of January 2005 (and October 2007, and June 2009), these all show up in the top 3 or 4 Google results. Alas, it is inevitable that as better photographers than I shoot these same subjects, my pages are bound to lose traction in the Google ranks. But at the same time my setup allows new subjects to quickly gain traction and show up in Google, e.g., Mobius Arch, The Wedge, Silver Salmon Creek Lodge. While there are exceptions, in general most of the animal and plant subjects for which I have coverage will appear on the first page of Google results when searched by their latin/scientific names, e.g., Zalophus photos and often by their common names as well.

The image search, keywording and categorization aspects of the Oceanlight.com photo library are now highly automated and need little further work, so that as new images are added to the stock files they appear online with rich metadata in a few days, and are eventually indexed and have the potential to appear in Google search results rapidly. The addition of textual (non-image) content naturally requires more time. Some photographers hand-build individual pages for their subjects. I just don’t have the patience for this, so instead I use weblogging software to add new text content to the website. Currently, I use WordPress that I have customized in a number of ways. There are 650+ posts so far, as of June 2009.

At present, Oceanlight.com has a Google rank of 6 and receives about 5000 unique visitors (omitting robots and crawlers) each day. Sure, there are other measures of a web site’s traffic and relevance. However, I think Google’s opinion of my website is more important than anyone else’s, and counting the unique visitors to a site is a no brainer. These numbers are quite good for an individual photographer’s web site, and I think they are attributable primarily to smart use of metadata, longevity and simple HTML design.