Photo of a Yellowtail School

My daughter’s favorite fish is yellowtail (Seriola lalandi). We grill it on the bbq, in foil, with olive oil and garlic. Its pretty good that way! While out searching for kelp paddies offshore of San Diego, we would often find yellowtail in the summer, schooling around the paddies. These predatory members of the jack family terrorize the bait schools that seek protection under kelp paddies. Yellowtail are a favorite target of freediving spearfishermen, and the spearos on Skip‘s annual Guadalupe Island trips often shot enormous toads, huge yellowtail that on three occasions broke the world record for largest North Pacific yellowtail taken spearfishing. 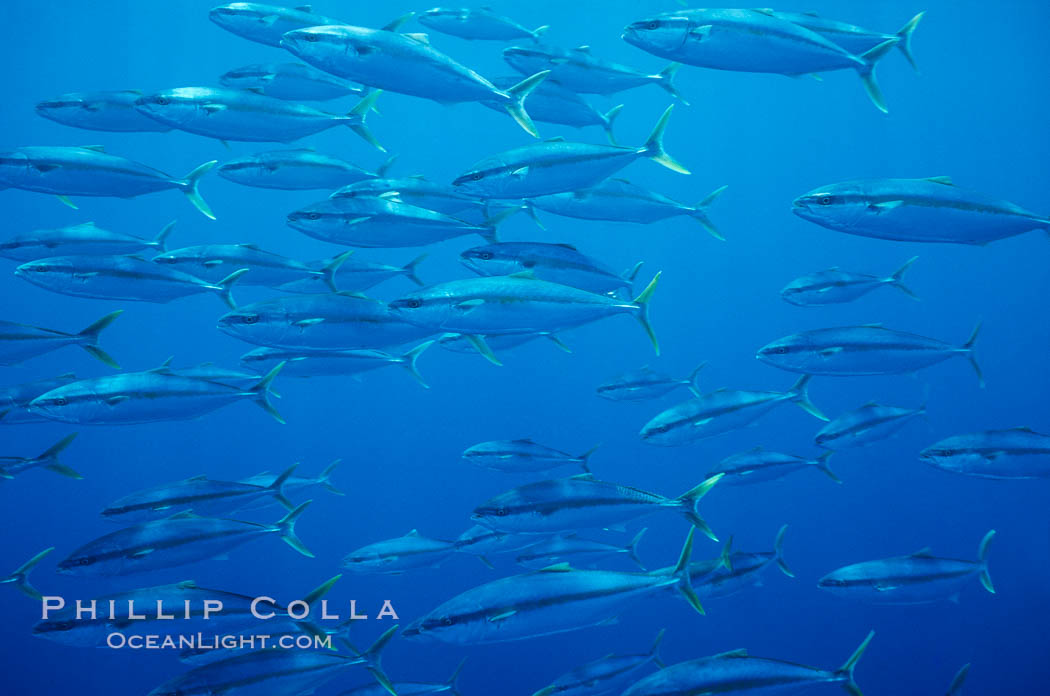