Yosemite Falls at Night, with Star Trails and Polaris

Yosemite Falls is easily the one waterfall near which I have spent the most time over the course of my life. I am in Yosemite often, especially in spring which is my favorite season to be in Yosemite National Park, and after 40+ years of admiring Yosemite Falls I find it a challenge to photograph it in new and inspiring ways. This image was taken on an evening with a nearly full moon so the lighting is comparable to that found during the day (moonlight is nothing more than reflected sunlight!) but the exposure time is sufficiently long that the waterfall is blurred nicely and the stars above trace arcs as the Earth rotates below. The cumulative exposure was about 60 minutes, and I made sure to include Polaris (the “North Star”) in the composition for interest. If this image interests you, check out my growing collection of astrophotography landscapes, nightscapes and noctural photography! 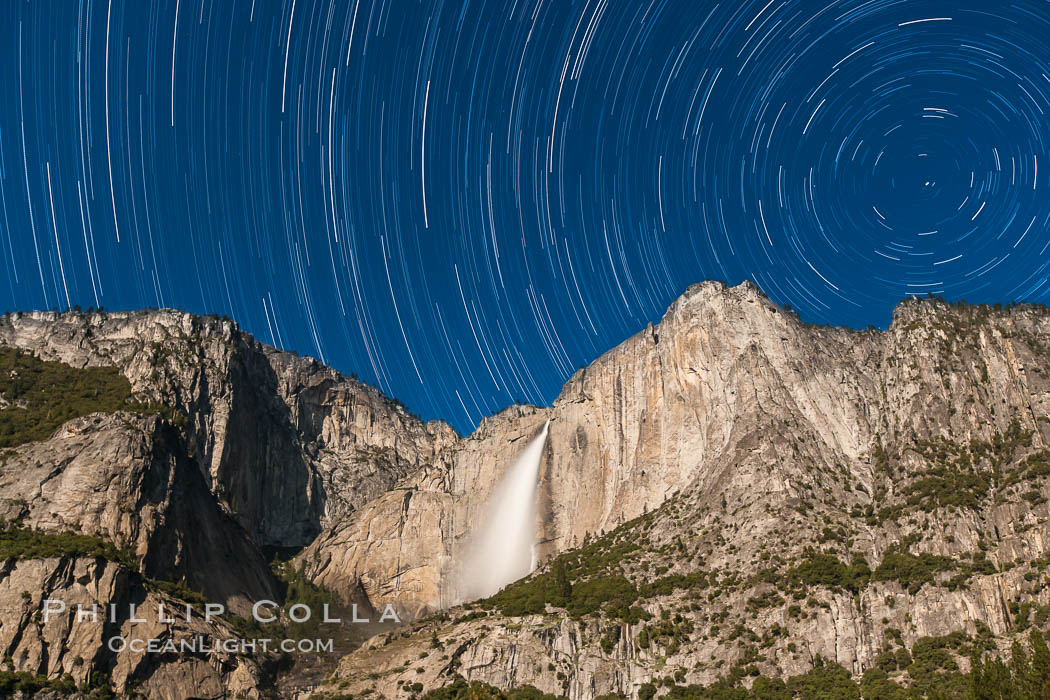