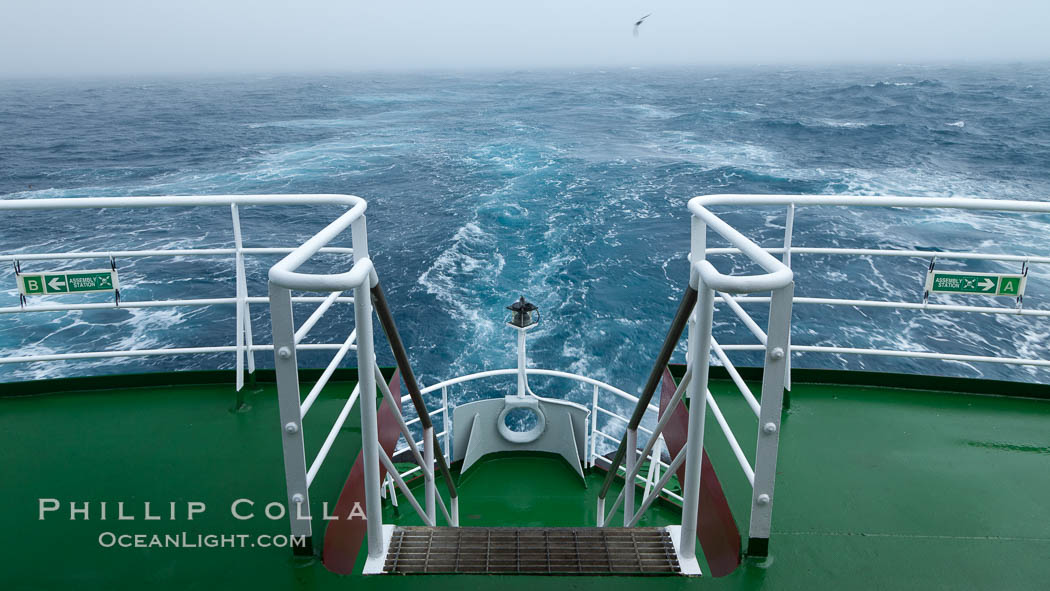 This was our third day sailing for South Georgia Island. We are fortunate to have had calm seas the entire time. Today I woke up at 5am, hoping to see Shag Rock which we were estimated to pass at about 5:30am. However, it was heavily overcast and drizzly. We never saw Shag Rock which is not surprising since, if I were the captain in this weather, I would have steered clear of that hazard by several miles. The water is a different color now, steel gray or sometimes black depending on the light. We crossed the Antarctic Convergence Line sometime during the night, and were now officially in “southern waters”. Crossing the convergence line, a transition which can be a brief as 100 yards, led us into water that was only 1’C, about 3-4 degrees colder than yesterday. The air is noticeably colder too, so I put on my heaviest sweater and jacket, gloves and an ugly woolen hat. No more flipflops now (well, until we get to Antarctica that is).

Before industrial whaling, the waters below our ship were teeming with behemoth blue whales, right whales, fins, humpback whales and sperm whales. In the depths over which we are now sailing whalers plyed their bloody trade, taking hundreds of thousands of whales. In terms of biomass, whale hunting in the Southern Ocean, which is still ongoing, is arguably the greatest killing spree mankind has ever embarked upon, more than any of humanity’s wars. South Georgia whalers were a major part of that gruesome machine. The whaling station at Grytviken, which we will visit in a few days, was active into the 1960s and took more whales than any other station in the Atlantic. It is a somber thought. We see no blows today. 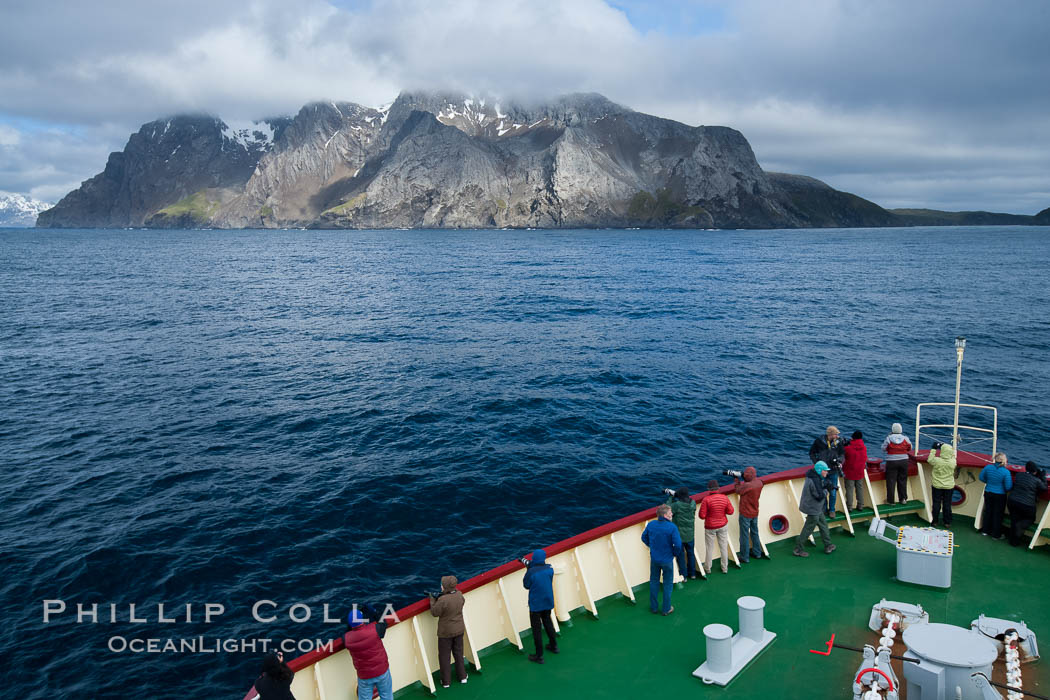 For much of the day I assumed a spot on the back deck hoping to see more albatross. Since we were now only about 150nm from South Georgia, today figured to be a better day for bird sightings than yesterday. Albatrosses – black-browed, gray-headed and occasional wandering – could be seen soaring through the troughs and over the peaks of waves, riding the updrafts of the wind that was following us, but they were hard to see. The looked like ghosts as they appeared along the edge of the fog surrounding us. Prions and other small seabirds flitted about the boat throughout the day and I tried to photograph them. Epic fail. They are too damn small and fast. I could not track them they moved so quickly and erraticly. Big, slow birds are what I prefer. I take very few photos today, instead listening to Mark Isham’s Vapor Drawings on my iPod and staring out to sea. Chill. We are scheduled to arrive at South Georgia Island about 6pm hoping to make a evening visit at Elsehul (Else’s Bay) after dinner. The visit may morph into a Zodiac ride along the shore if there are too many Antarctic fur seals on shore. It is mating season for fur seals. They come ashore in such vast numbers, and are so stoked up on hormones, territoriality and sex, that it may be impossible for us to traverse the beach at Elsehul. A few hours before we sight the island, we began to see Antarctic fur seals swimming in groups in the open ocean. The fog lifts occasionally letting the sun through, then it settles in again around the boat. It feels very “South”, quite different than the balmy temperatures and sunny skies we experienced in the Falklands. This is the weather I expected. 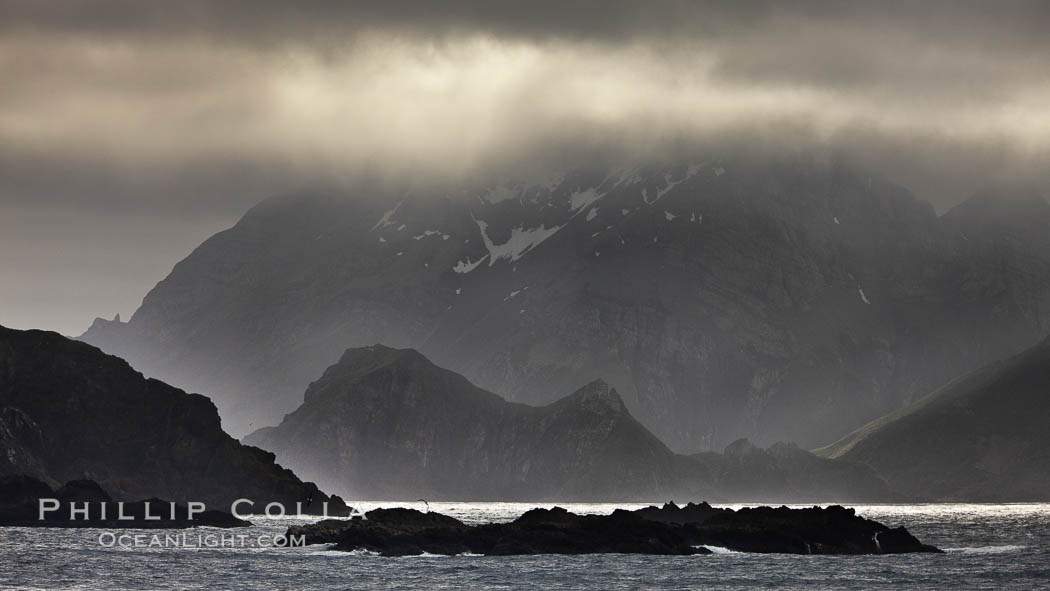 Finally, after three days of quite comfortable and uneventful sailing, we make our first sighting of South Georgia Island. As we approach, the island rises steeply out of the ocean. A brief clearing of blue sky closes out and we find ourselves below the cloud layer that envelops the island. It is ominious and exciting. The island is imposing. Tortured earth. I wonder about the geologic tale of upheaval and torment that is written in the rocky seacliffs that burst from the depths and reach hundreds of feet into the air. This island was once part of the Andes Mountains. I would love to see the eons-long time lapse movie illustrating the tumultuous forces that parted this island from it’s mother South America, leaving it so distant, rugged and alone. I really look forward to going ashore.