Following our cloudy, drizzly, wet morning on the highlands of Westpoint Island, the weather transitioned to sunny, breezy and warm as the M/V Polar Star made its way to Carcass Island. I was curious about the ominous-sounding name, envisioning dead animals and stench. In fact, the island is named for the HMS Carcass which surveyed the island in 1766. (Why that ship was named for a dead body is beyond me.) We landed in Dyke Bay, across from the island’s only settlement which we could just see in the distance. Our direction, however, was the opposite way, across a low-lying isthmus to Leopard Beach. We walked perhaps a third of a mile across the isthmus, passing several ponds (brackish? salt water?) alongside which upland geese (Chloephaga picta) were meandering.

Reaching a sand dune rise on the far side of the isthmus and looking over the top, we were greeted with the beautiful sight of long Leopard Beach below. The waters fronting the beach looked tropical, with light emerald shallows and deep green water further offshore. 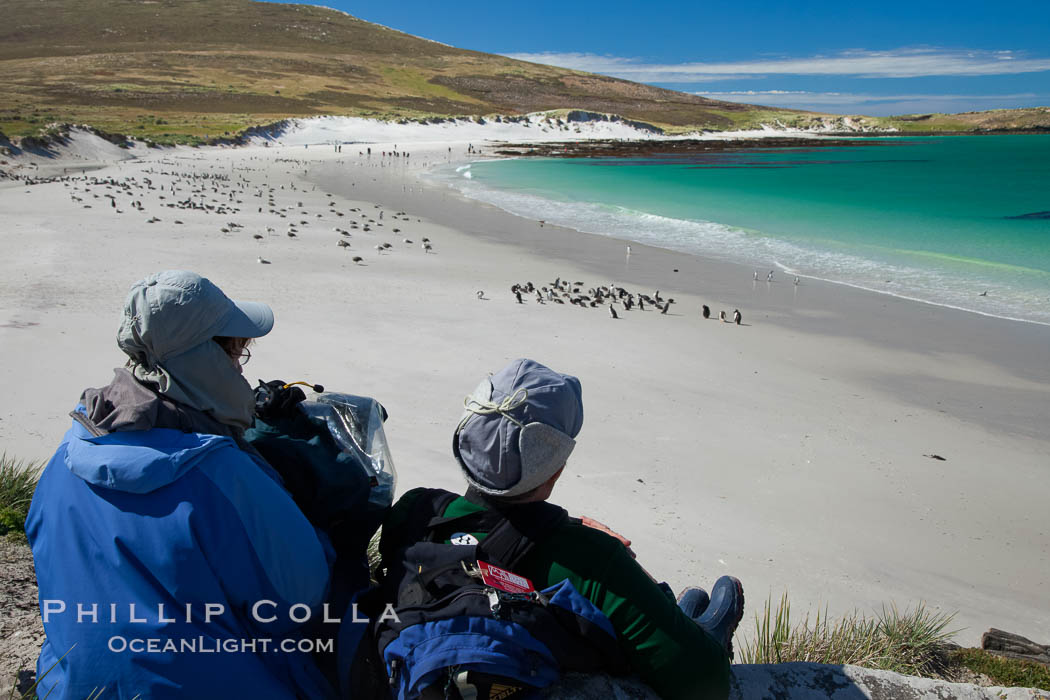 This gorgeous beach, one of several we were fortunate to visit in the Falklands, was host to throngs of Magellanic penguins (Spheniscus magellanicus) and Gentoo penguins (Pygoscelis papua) which were coming from and going to sea. The Magellanic penguins gather in burrowing colonies, living underground in what looked like big gopher holes. The gentoos, on the other hand, gathered in exposed circular colonies made of small pebbles, set a few hundred yards in the interior of the island. A long sand dune, covered in tussock grass, offered some small protection from onshore winds, but really what it constituted was something of a barrier to the penguins as they walked to and fro between the ocean and their colonies. Paths through the tall (overhead to the penguins) tussock grass were obvious, testament to the continual passing of the penguins. 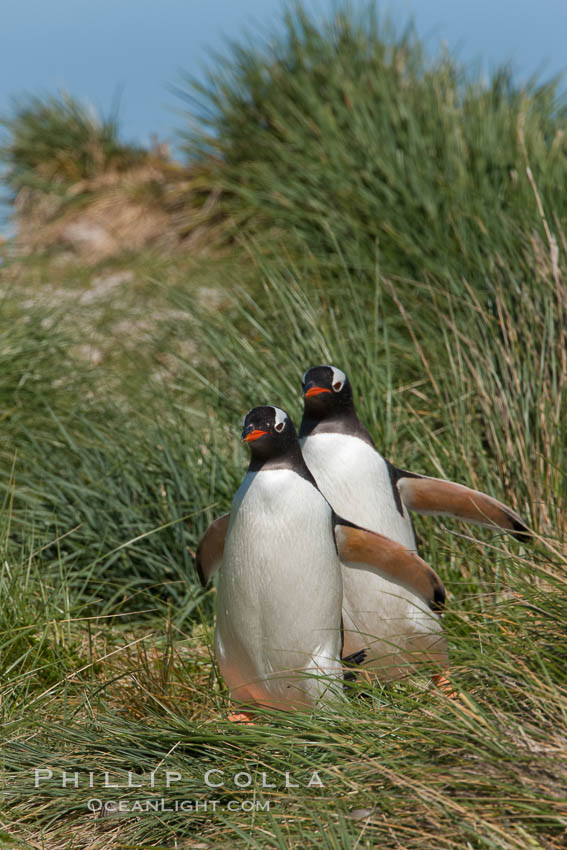 Gentoo penguins walk through tussock grass. After foraging in the ocean for food, the penguins make their way to the interior of the island to rest at their colony.
Image ID: 23970
Species: Gentoo penguin, Pygoscelis papua
Location: Carcass Island, Falkland Islands, United Kingdom

Eventually I made my way down to the sand to admire the penguins coming ashore. I spotted a Magellanic oystercatcher (Haematopus leucopodus), some Steamer ducks and kelp geese (Chloephaga hybrida), and on the way back to the boat, one of the many LBB’s I failed to identify on the trip. 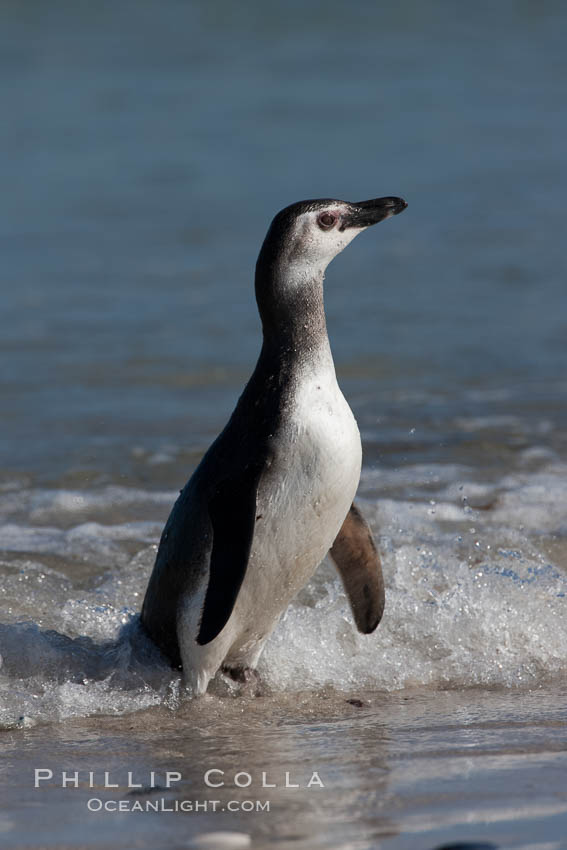 All of my photography from the trip is linked to the location where the images were taken. If you have Google Earth, you can see all of my photos from Carcass Island overlaid at the exact location they were taken.