Arriving at Devil Island, the morning presented the most spectacular blue-sky weather we experienced during our entire voyage. Devil Island rose above us after we anchored, twin peaks about 800’ high framing a saddle about half that. On the slope of the island before us was a broad colony of penguins. Many grounded small bergs were nestled up against the side of the island, having become caught there at a previous low tide and remaining trapped. Some were cracking and breaking under their own weight as the tide dropped through the morning, producing occasional loud popping sounds following by waves radiating out from the busted up piece of ice. 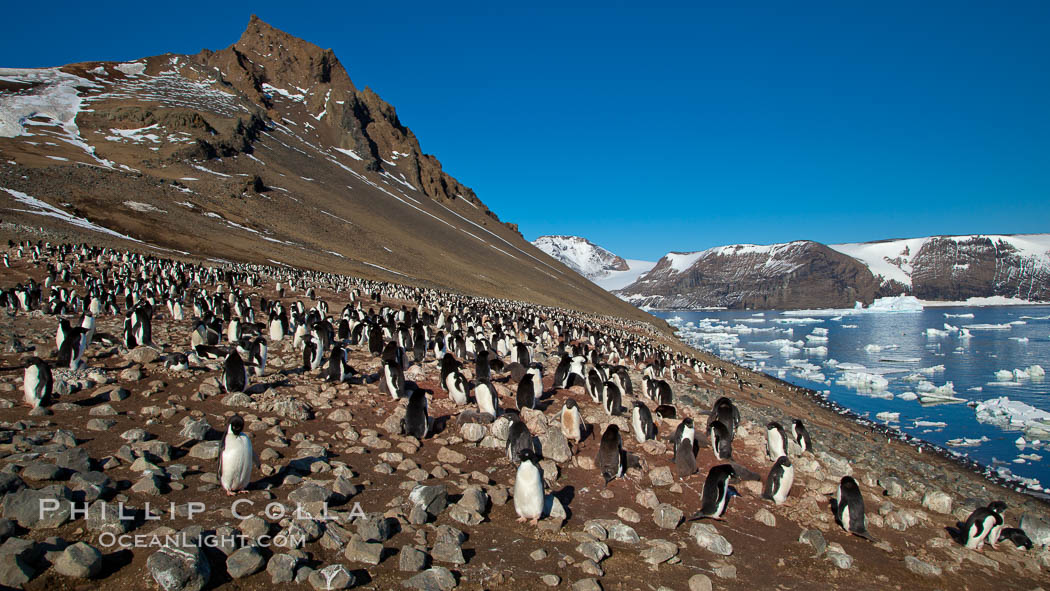 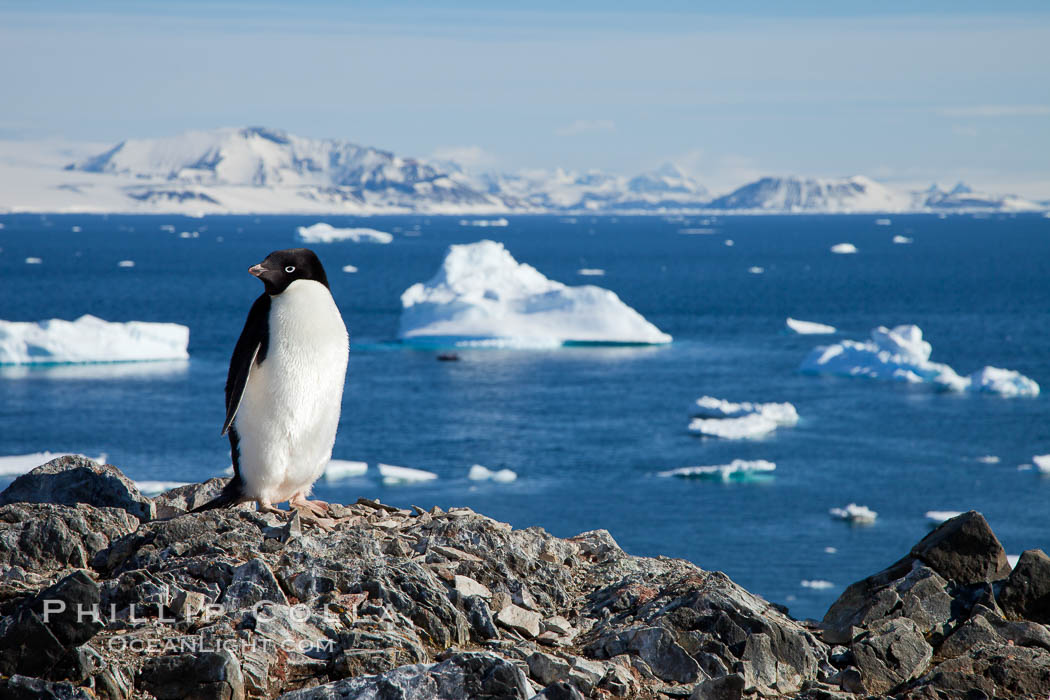 I elected to hike to the summit of the Devil Island, foregoing any time in a zodiac, since I figured the view was too good to pass up and I wanted to bag a new peak. I shot some great video of the colony on the shoulder of the island, and then followed Ted, Ross, Markus and Jo up to the top. Many others got up there too. The view from the top of the right horn of the island was superb, a full 360 degrees including the channel separating Devil Island from the Antarctic continent on one side, and clear across the Gerlache Strait on the other side. Nothing but blue sky and sun, finally, after weeks of crap weather. It was warm, only the thinnest fleece was required, and sunglasses and sunscreen the order of the day. Not much to say beyond that. I spent as much time at the top as I could, watching the tiny zodiacs far below slowly circumnavigate Devil Island, dodging bergs as they did so. In many places, one could see down through the clear, still water to the ocean bottom below. This would definitely have been a good place to hop in the water with drysuit and camera housing for some u/w shots of bergs, but that will have to wait for next trip. About lunch time we left Devil Island in our wake, motoring further down the channel for our first step on the continent proper at Brown Bluff. 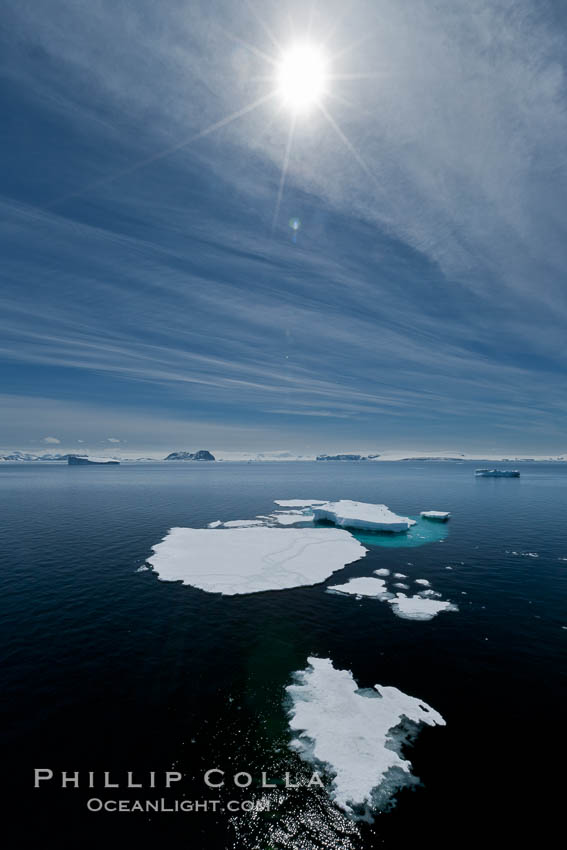 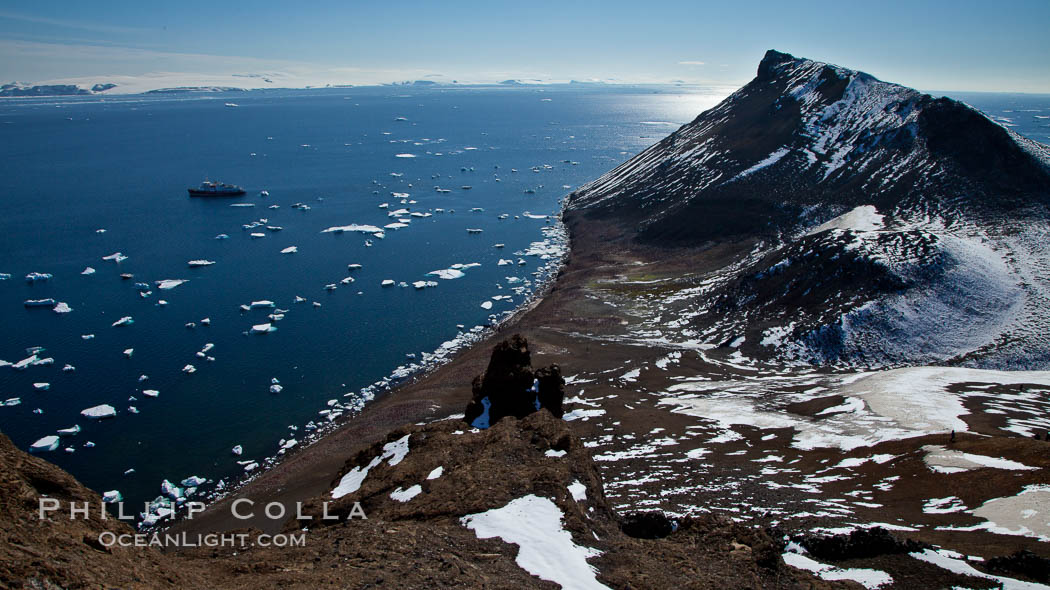 Summit of Devil Island with portions of the Erebus and Terror Gulf region of the Weddell Sea in the background.
Image ID: 24816
Location: Devil Island, Antarctic Peninsula, Antarctica 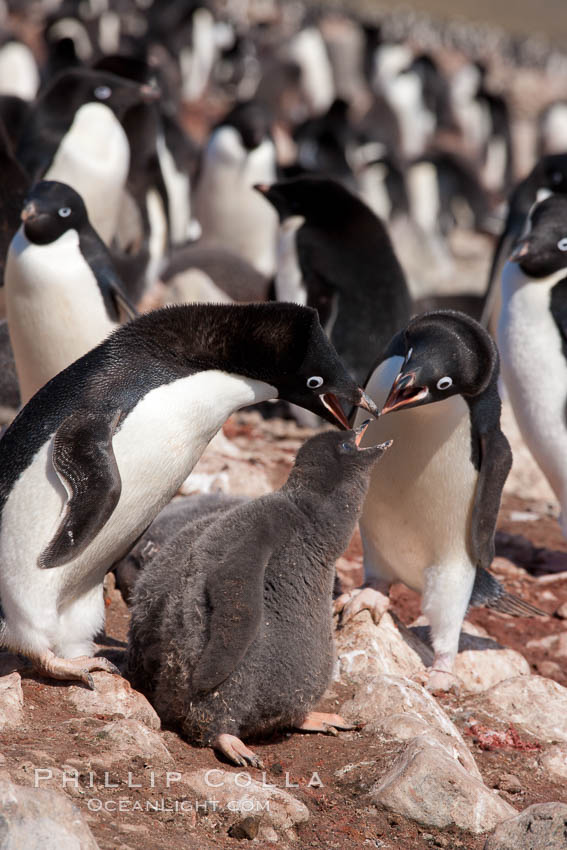