A Day At The Wave, North Coyote Buttes, Part I

By Phil CollaApril 19, 2008March 8th, 2020Arizona, The American Southwest, The Wave
No Comments

I have long heard comments from hikers and landscape photographers about the beautiful and bizarre sandstone formations of the North Coyote Buttes area of Arizona. I am not a serious landscape photographer nor am I a what you would consider a “desert lover”. However, on a lark, I decided to apply for a permit for a hiking permit to the Wave, a particularly fantastic and odd section of the North Coyote Buttes. The Wave is so popular that the Bureau of Land Management must limit access to the Wave to only 20 people per day, by lottery. Summer is to be avoided due to the heat, and winter is not particularly pleasant due to cold and possible ice, snow or rain out there. Spring and Fall are the times to go. In spite of my applying for the most popular time of year, I lucked out and scored a permit. It came in the mail about 5 weeks later, along with some cool topo maps and directions to find the Wave amid the crazy random sandstone confusion that is the North Coyote Buttes. (More about finding the Wave in future posts.) 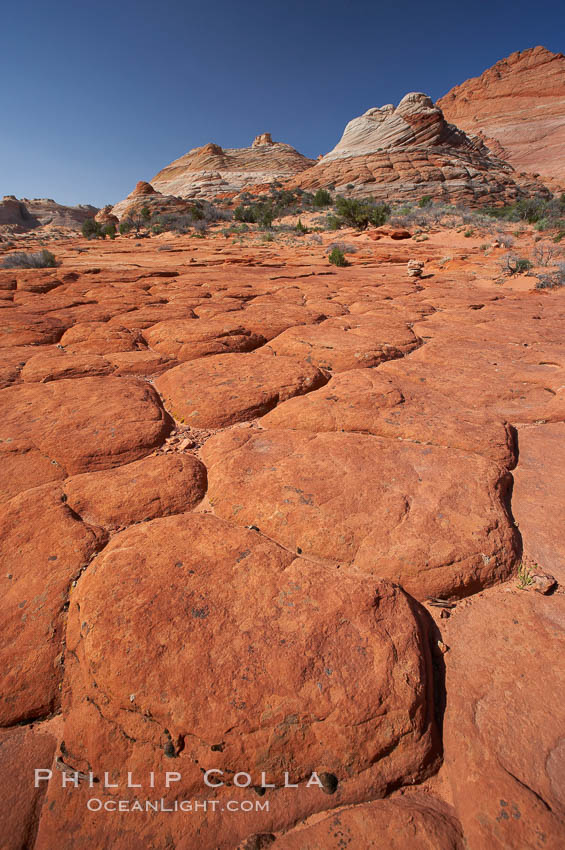 As my permit date (April 16) approached, I was besieged with work and family responsibilities, and it became clear that I would not be able to take a proper four- to seven-day trip allowing me to explore the area immediately around the Vermilion Cliffs National Monument (in which the Coyote Buttes and the Wave are located), which includes cool places like Lake Powell, Horseshoe Bend, Antelope Canyon, Buckskin Gulch, etc. Instead I pulled a virtual overnighter, hopping the hooker flight to Vegas on Tuesday, driving four hours to Page, getting up at dawn on Wednesday, hitting the trail, spending the whole day out in the area of the Wave exploring and admiring the sandstone formations, getting back to my car after sunset, driving back to Vegas, settling down in some nasty hotel next to the airport (should have stayed on the Strip, what was I thinking), finally hitting the sack at 1am only to rise at 4:30am Thursday for a 6am flight back to San Diego. Back in my office at 8:30am on Thursday. Door to door about 40 hours. Whew. It was worth it though: it was one of the coolest hikes I have ever taken, and I am looking forward to going back to look around the area more.