By Phil CollaNovember 11, 2006Sharks
No Comments

In the late 80s and 90s we used to leave the docks really early on summer mornings, motor 10-20 miles offshore in our little boats, far enough to get into really blue and bottemless water, drop a bucket of chum in the water, and make bets on when the blue sharks (Prionace glauca) would show up. When they arrived we would hop in and spend the day swimming around trying to photograph them, sometimes on a tank and sometimes just freediving. It was great fun. The last few times I did this, though, there were very few sharks, and none of the big ones we used to see. I hear talk nowadays that most of the blue sharks have now been fished out, presumably by longliners. This was shot about 3′ deep at sunset — bits of plankton are seen in the shot, they rise to the surface at nightfall. This is a juvenile, and shows none of the scarring acquired during mating that the mature males and females tend to exhibit. 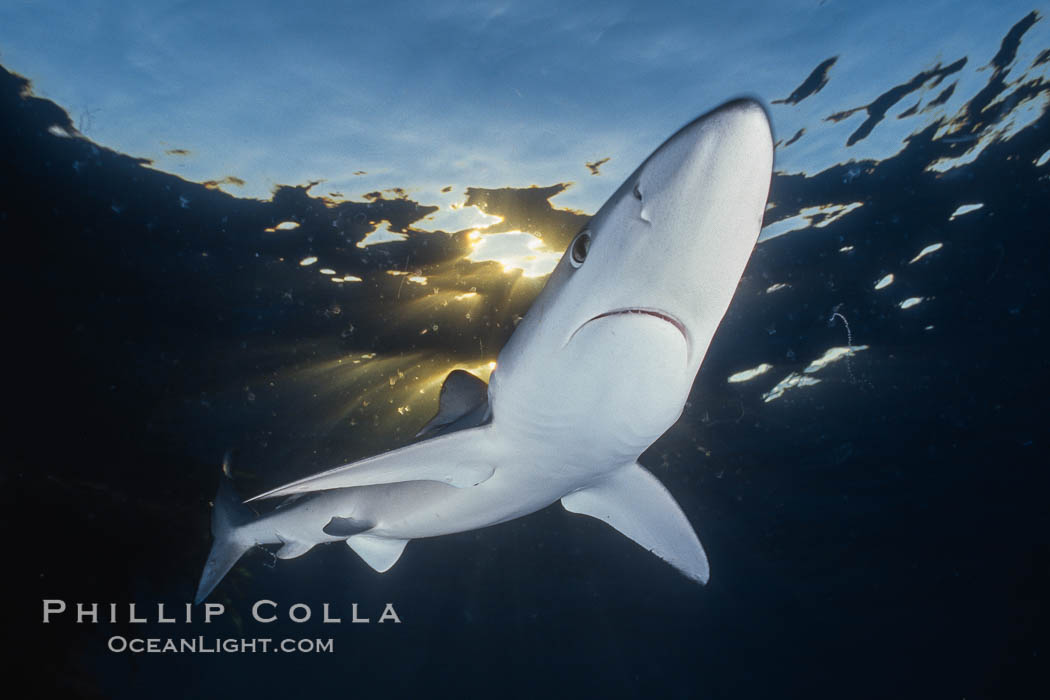