I was very fortunate recently to have the opportunity to fly over Catalina Island, and was able to take a few photographs of the West End of the island. Growing up in Newport Beach I used to visit Catalina fairly often as a kid, and as an adult I have been diving around most of the island, but I have only seen Catalina clearly from the air a few times. Catalina Island is one of California’s jewels. It is one of the Channel Islands and shares the rugged Mediterranean appearance of its siblings. Santa Catalina Island (as it is properly known) lies less than 20 miles offshore from the Los Angeles area at its closest point. Catalina is 22 miles long and reaches of height of 2,079′ at its summit. Seen here is the west end of the island. The brown patches just offshore of the island are the upper reaches of “kelp beds”, or submarine kelp forests, which are some of the most beautiful marine habitats anywhere in the world and a major attraction at Catalina Island. Eagle Rock is seen next to the largest kelp bed (for the curious: here’s a photo underwater at Eagle Rock) 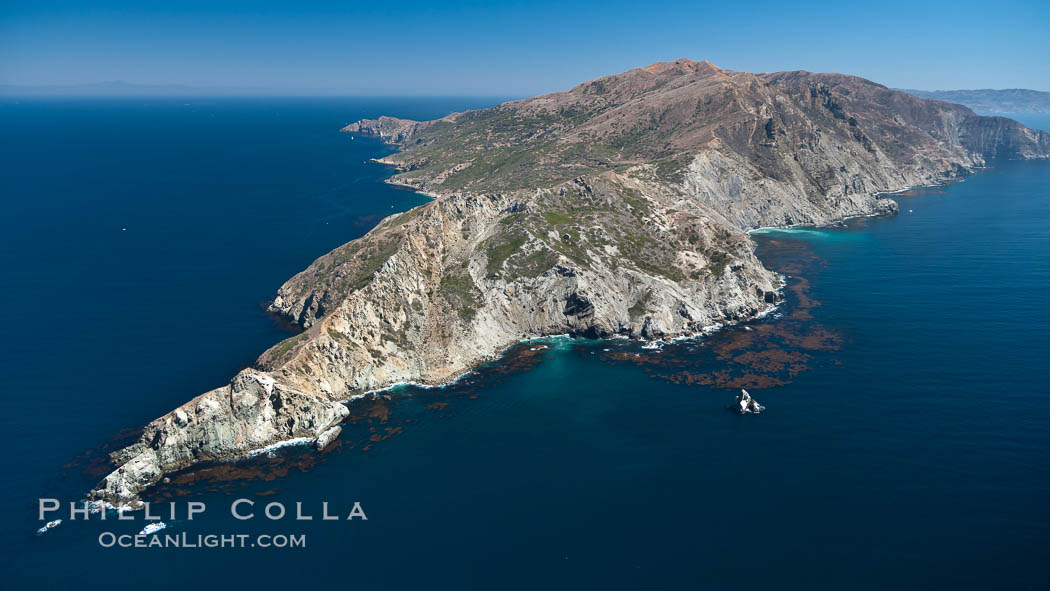 Interesting fact: down there on somewhere on the West End lives a family of bald eagles whose nest can be observed by webcam.

Photo of Jupiter and moons Europa, Callisto and Ganymede