Photo of Jupiter and moons Europa, Callisto and Ganymede

Photo of Jupiter and its moons Europa, Callisto and Ganymede

Last night as I put my daughter to bed, we looked out her window. The moon was bright and clear, and below and just to the right of the moon was an especially bright star. When we noticed smaller specks of light near the bright “star”, we realized that we were in fact looking at the planet Jupiter and that the small specks were several of Jupiter’s moons. 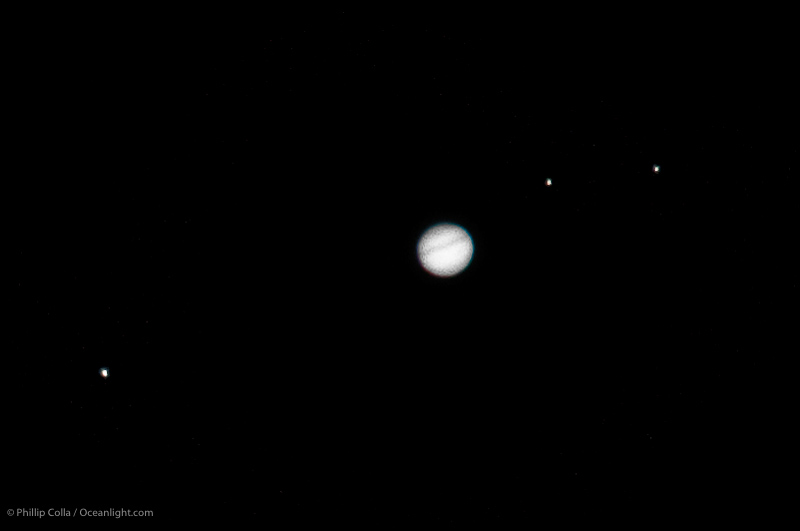 Garry McCarthy had mentioned that Jupiter was as close to Earth now as it will be for years, and had showed me a nice photo of Jupiter and its moons that he shot from his backyard. So I got out the tripod, my longest lens and set them up in the backyard, and had my daughters come out in the backyard to take a look. They were pretty stoked at being able to see another planet and a few of its moons. We swung the lens a few degrees and aimed it at the moon, and were pleased to view the fantastic details visible on the moon. My youngest asked what the rough edges of the moon were, and I told her they were “mountains on the moon” — which they are (they are the ridges of craters viewed on edge). It is amazing to me that we were able to clearly discern the moons of another planet, and indeed a bit of the bands of Jupiter, with consumer camera equipment. Granted, the lens is a high quality 500mm lens (one of the big ones you see at sporting events) but it is not meant for astronomical use. 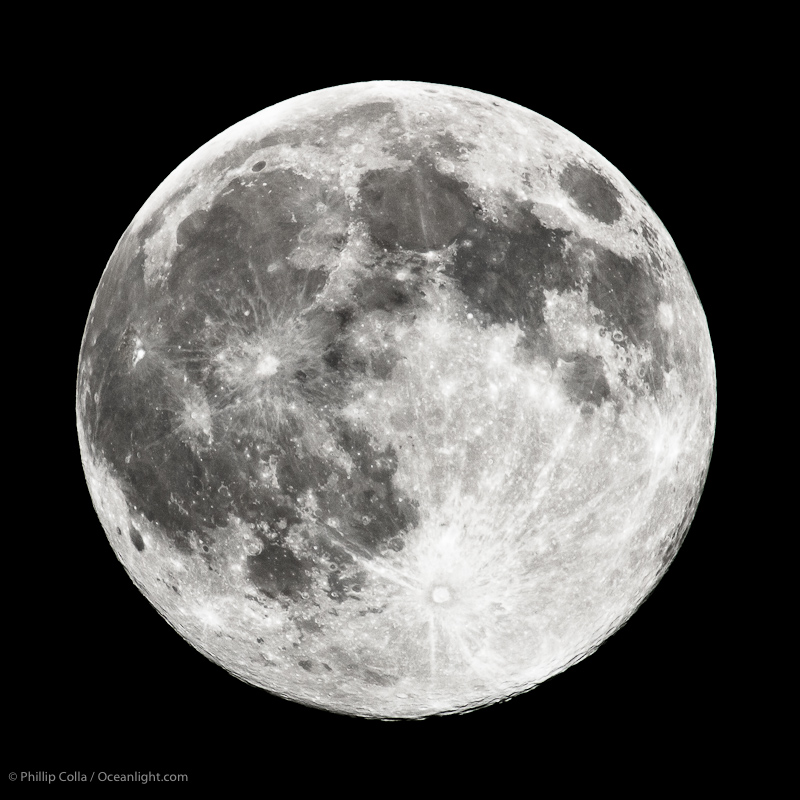 Speaking of Garry, when we were camped at the Eureka Dunes in the remote northern reaches of Death Valley National Park, we had clear skies and superb conditions for stargazing. Garry knew exactly when the International Space Station would be making a flyby over us that very night, and it coincided with dusk. He told John Moore and me where on the horizon the Space Station would appear, and at what minute and how long it would take to cross the sky. Given the length of time it would be visible (which determined the shutter speed), I guessed at the correct exposure and set my aperture and ISO, opened the shutter a minute before the Space Station was scheduled to appear and closed it when the Space Station entered the shadow of the Earth. This is the result: 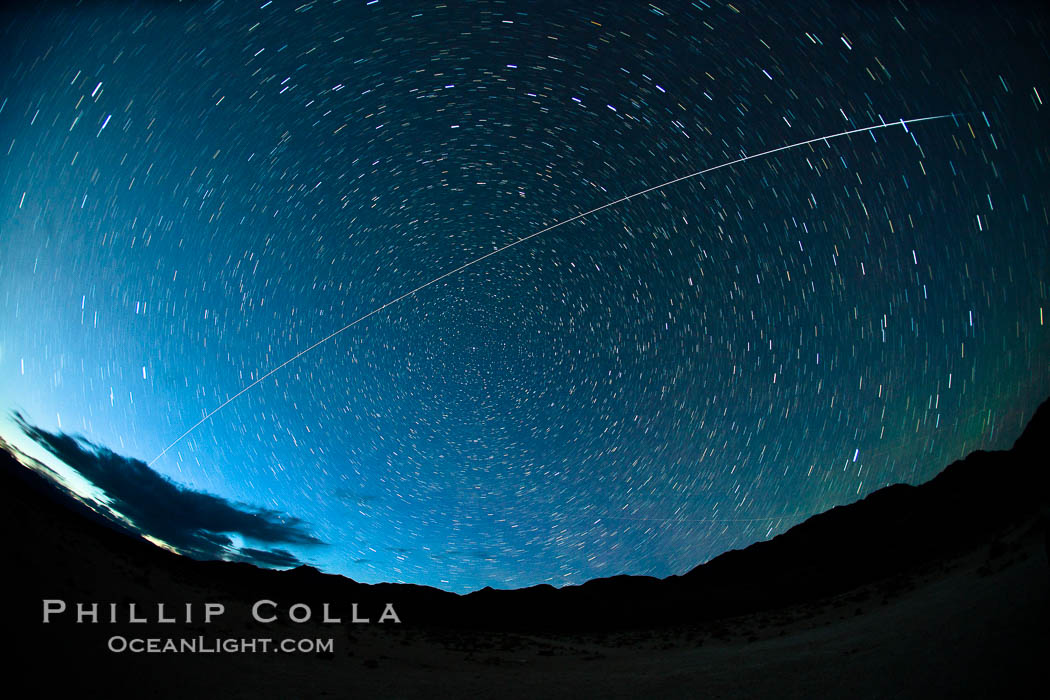 Exposure notes: The photos of Jupiter and the Moon were made with a Canon 1Ds Mark III, Canon 500mm f/4 lens with stacked 1.4x and 2.0x teleconverters. The photo of the International Space Station was made with Canon 1Ds Mark II and Canon 15mm f/2.8 fisheye lens.