The fellows who freedive at Isla Guadalupe (Mexico) in search of giant fish are some of the most skilled and intrepid hunters in the world. They literally enter the food chain in a way that terrestrial hunters do not. This notion is especially true at Guadalupe Island, a haven to great white sharks (Carcharodon carcharias) at which several divers have been attacked, some fatally, in the past. Furthermore, freediving spearfishermen have the opportunity to fire only a single shot at a passing fish, using a band-powered speargun that they must reload with their own strength if they miss. They have only as much time to stalk a school of fish as they can sustain on a single breath of air, for this is breathhold diving and not supported by SCUBA, which is too cumbersome, noisy and is illegal for spearfishing in Mexican waters, not to mention unsporting. Once they strike their prey, they must haul the huge thrashing fish in on a thick cord and somehow dispatch the fish by hand before sharks sense the struggle and investigate. These guys are real watermen, very fit and tuned in to the waters that surround them. Since 1992 we have dived Guadalupe Island each summer with a group of spearfishering and diving friends, touring the island on the liveaboard dive vessel Horizon. It is a real pleasure to watch the freedivers at work in the water and hear their stories when they return to the boat. An added plus is the fresh fish we eat each night, barbequed perfectly and served with Jerry’s famous brew. 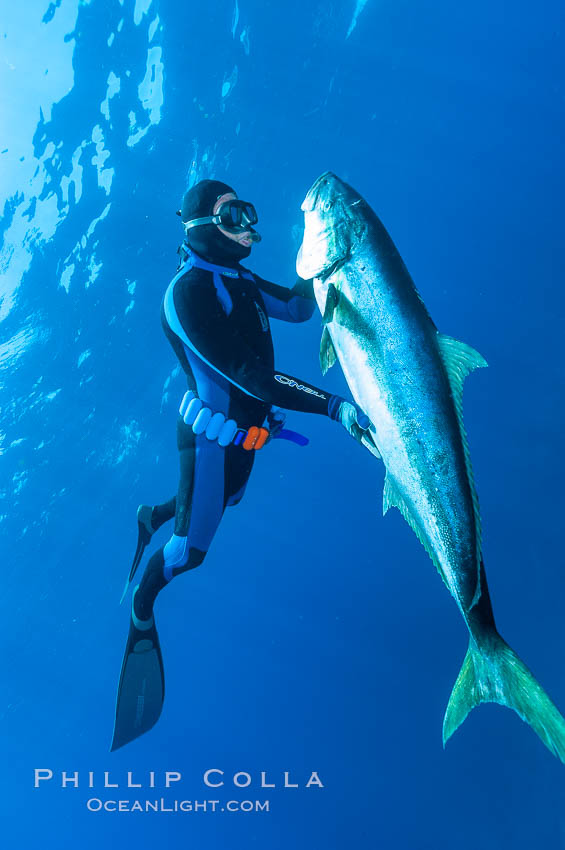 The 2004 trip was marked by Craig O’Connor’s good fortune at spearing a new world record for North Pacific Yellowtail (Seriola lalandi). Nowhere in the North Pacific do these fish get as large as they do at Guadalupe Island. They are brutes. The 1999 trip yielded two back-to-back world records for this species, first to Joe Tobin and then three days later to Doug Kuczkowski. But Craig’s fish topped them both, barely. In addition, a lot of sizable yellowfin tuna were also shot on the trip (as they have in the past), including these two by Joe Tobin and James Tate of Australia. 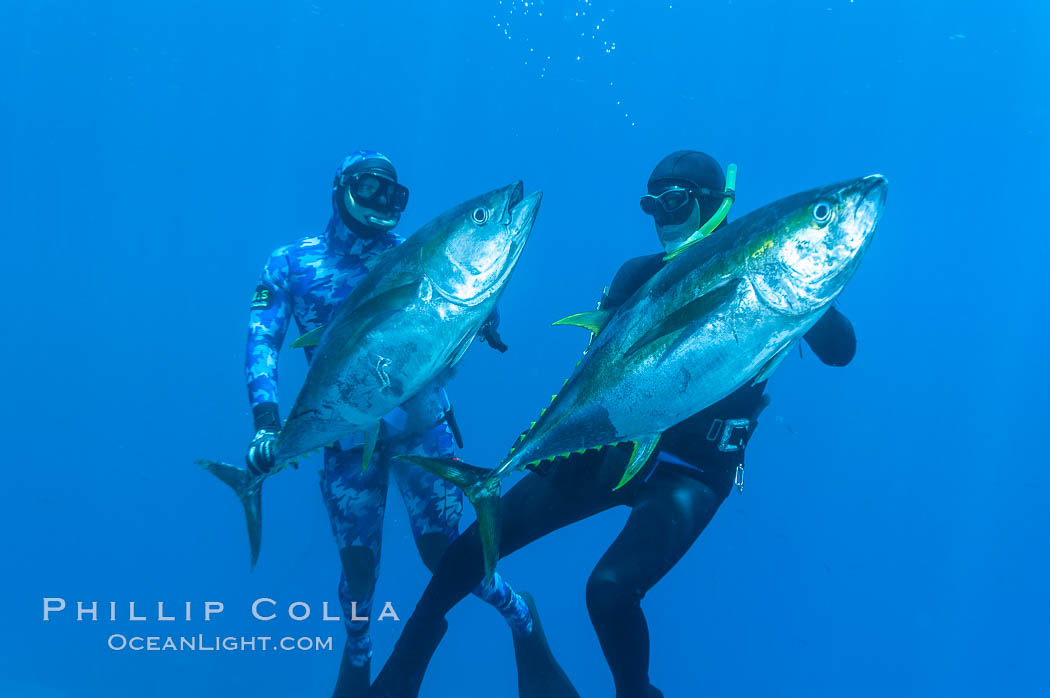 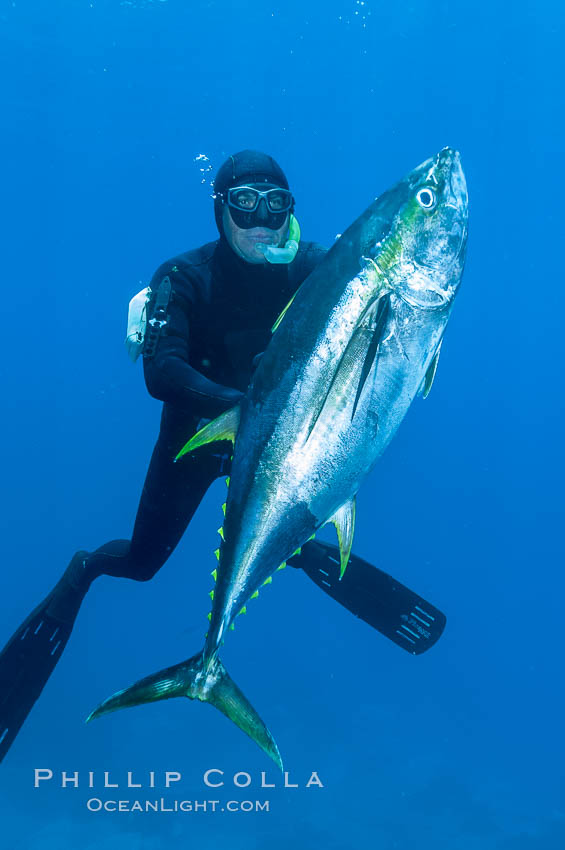 Craig’s fish was written up in the San Diego Union Tribune and the IBSRC’s website of spearfishing world records. 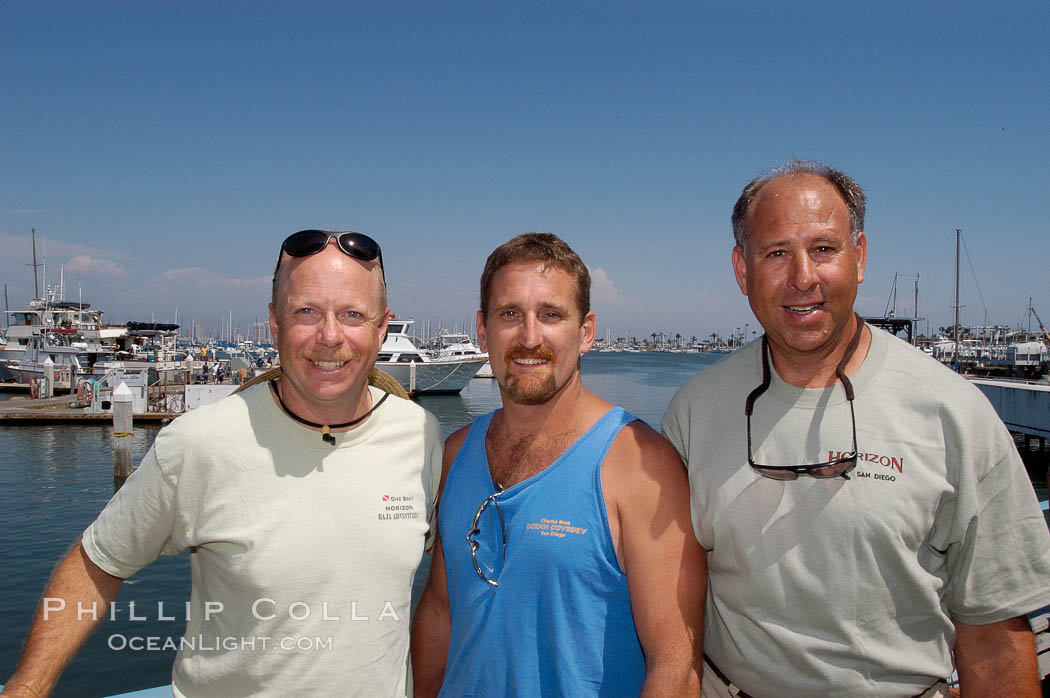 Sex and the Single Shark