Another example of a humpback whale (Megaptera novaeangliae) peforming a peduncle throw. In this case, rather than flicking the fluke sideways, the whale has lifted its fluke and peduncle vertically, slinging water in all directions. Notice the rake marks on the underside of the whales fluke, which are almost certainly caused by attacks by orca (killer whales). 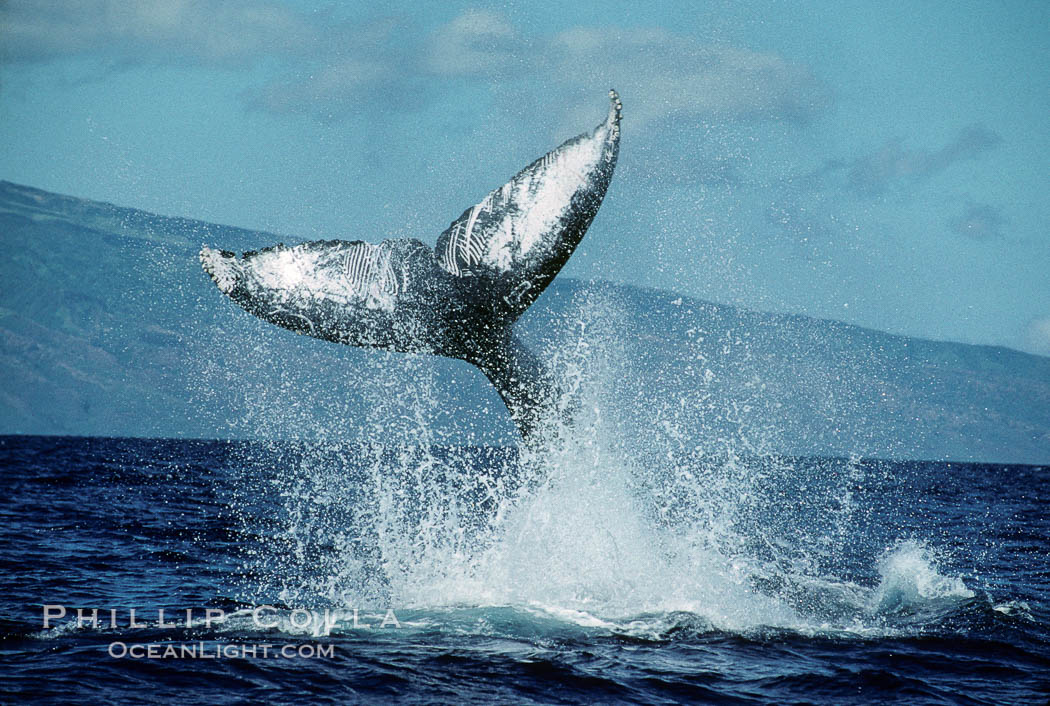