Santa Barbara Island is part of the Channel Islands National Marine Sanctuary. I used to dive at Santa Barbara Island a few times each year. There are a few pinniped rookeries there, the best one being the sea lions at Webster Point. When the water is clean at Santa Barbara Island, the diving is as good there as anywhere on the West Coast. In addition to the fantastic opportunities to dive with sea lions, one also can spend time in vast, mature, beautiful kelp forests, particularly those between the main island and Sutil Island just offshore. After spending a few hours in the morning freediving among California sea lions (Zalophus californianus), I put on a tank and made a dive under the boat as it was anchored for lunch near Sutil Island, and made this image. To see a collection of many underwater and topside images from Santa Barbara Island in Google Earth, try this KML file: http://www.oceanlight.com/santa_barbara_island.kml 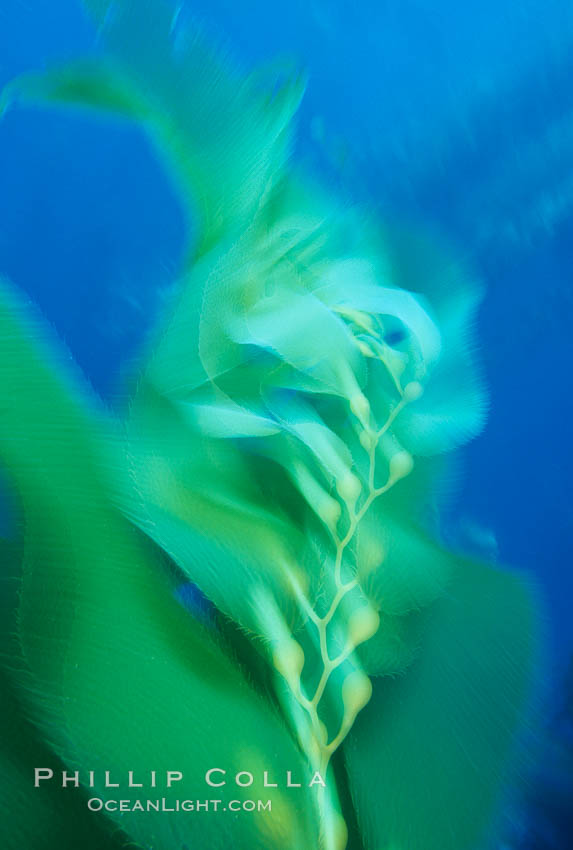