Here’s a photograph we licensed today for a book in Australia. Can you guess what the bright white object is? 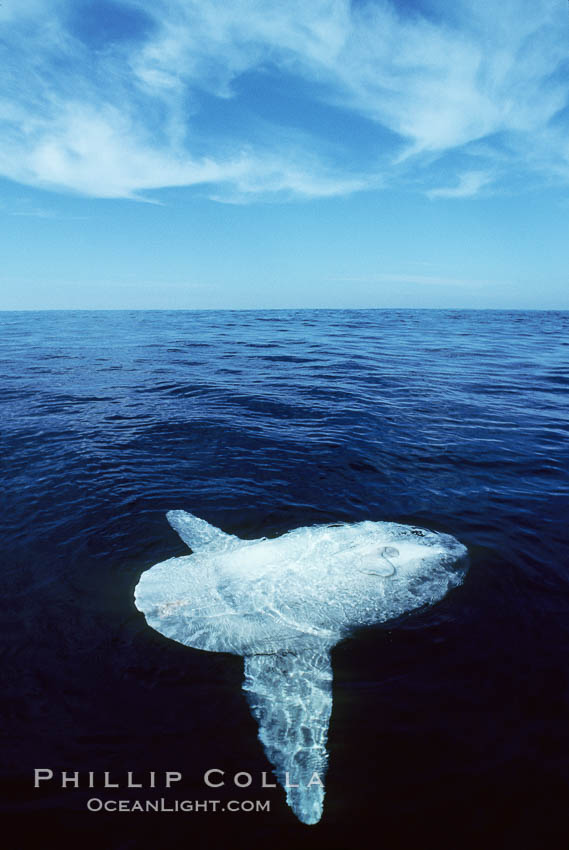 It is an OCEAN SUNFISH (Mola mola), laying flat on the ocean’s surface, far offshore of the San Diego (California, USA) coastline. The ocean sunfish is the largest bony fish in the world (sharks and rays are cartilaginous). Southern California seems to be one of the best places in the world to see an ocean sunfish, since they are typically found offshore of southern California and Baja California in the summer. Some years they appear in great numbers while other years they are harder to find on the surface. Often the first ocean sunfish that one sees is a resting one, laying flat on the ocean surface. It may look dead or sick, but it almost certainly is not. When it senses the approach of the boat, it will “wake up” and assume its normal vertical orientation and start swimming — either away from the boat if it is started or toward the boat if it is curious. Ocean sunfish do not have any natural predators. They eat zooplankton such as salps and jellyfish.

This photograph was taken in January about 20 miles offshore of San Diego and 2 feet above the water, leaning over the rail of a small boat.