Soon after passing through the Lemaire Channel we arrive at Peterman Island. Peterman Island is a relatively low-lying, somewhat flattish granite island with scattered gentoo penguin (Pygoscelis papua) colonies and some small ponds. Rounded rocks along the edge of the island are awash with small waves, and I make my way to one attractive point away from the penguins (I have had enough of photographing penguins by this point) to make pictures of the water swirling ashore with peaks and clouds in the distance. I stand about thigh deep in the ocean water, but its not as cold as I expected – my boots and pants keep me dry. 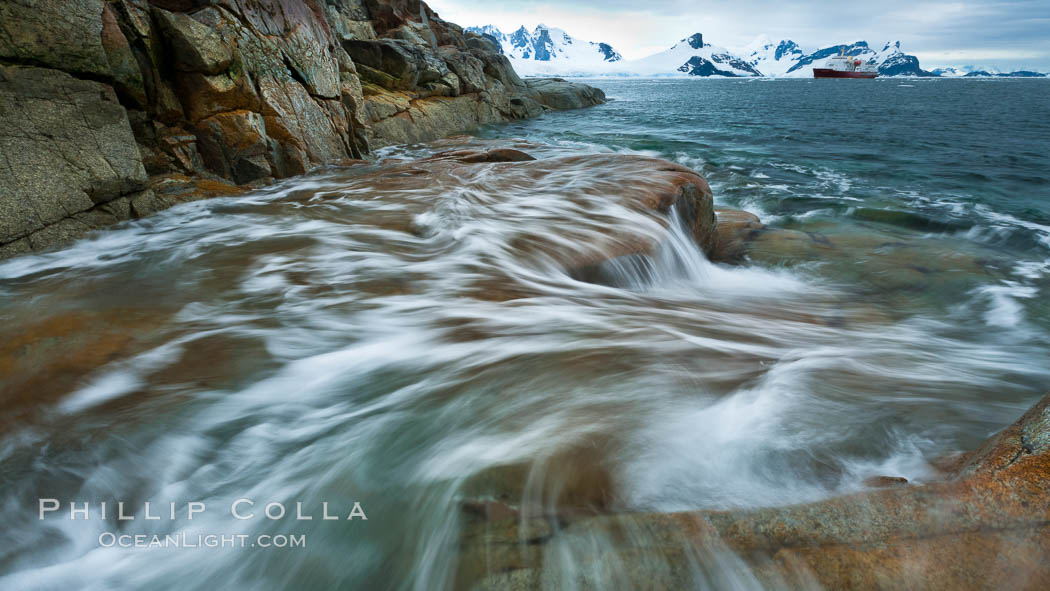 After about 15 minutes, I hear a rustling behind me. A gentoo penguin has snuck up on me, standing on a ledge at my shoulder only about 3’ away, watching me and nosing my backpack lying next to him. We both stand still for a few moments, checking one another out. Is it making sure there is nothing to be fearful of? Perhaps. Eventually, the gentoo starts nibbling some clean white snow next to me. I go on with my picture taking. When I turn around a few minutes later, it is still there watching me, now joined by another gentoo. I set one of my cameras on the granite and put a self timer on it, and let it take a few photos of the two little birds (see next image). Soon they waddle down to the water and swim off. 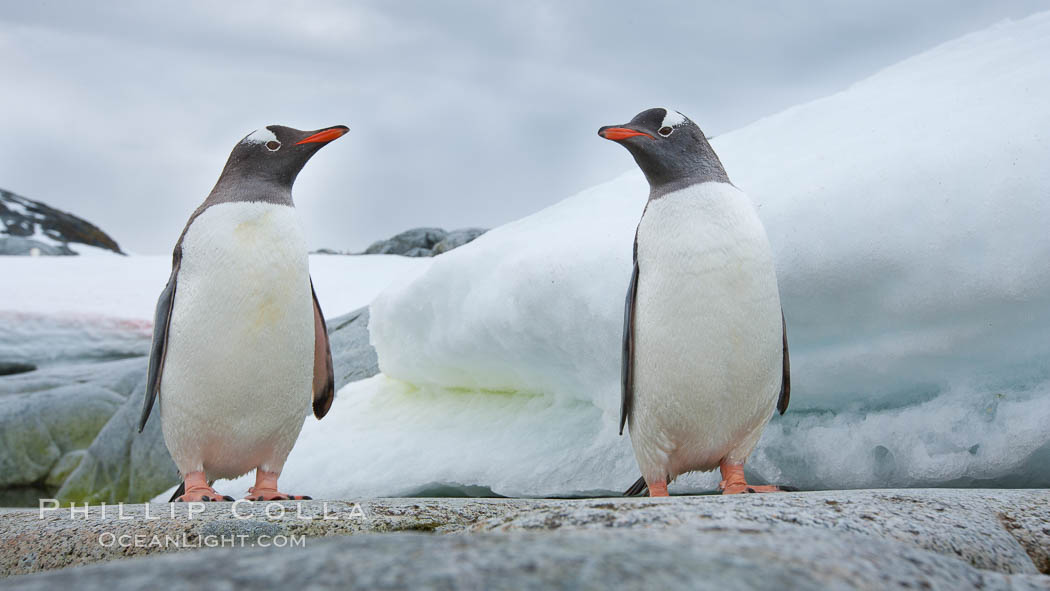 I pack up and hike about the island, past many more penguins on their nests feeding their pairs of chicks: 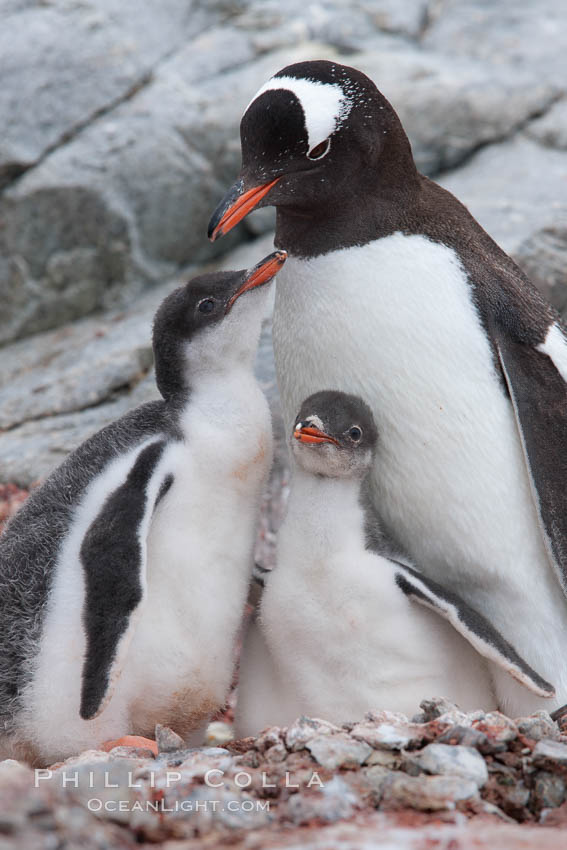 Before returning by zodiac to the ship, I visit a lonely memorial to three BAS (British Antarctic Survey) scientists who were working at the small research hut on Peterman Island some years ago and trapped there by partially frozen seas with insufficient provisions. The ice conditions were such that the three BAS staff could not safely walk out, nor could a boat reach them. They waited weeks for help. Eventually a BAS ship reached Peterman Island, but instead of finding the researchers only a note was discovered. It is believed all three BAS scientists perished after attempting walk across the thin ice to another research station 9 miles away, likely falling into the strait through the thin ice. The memorial is a poignant reminder of the unforgiving nature of life on the Antarctic Peninsula. 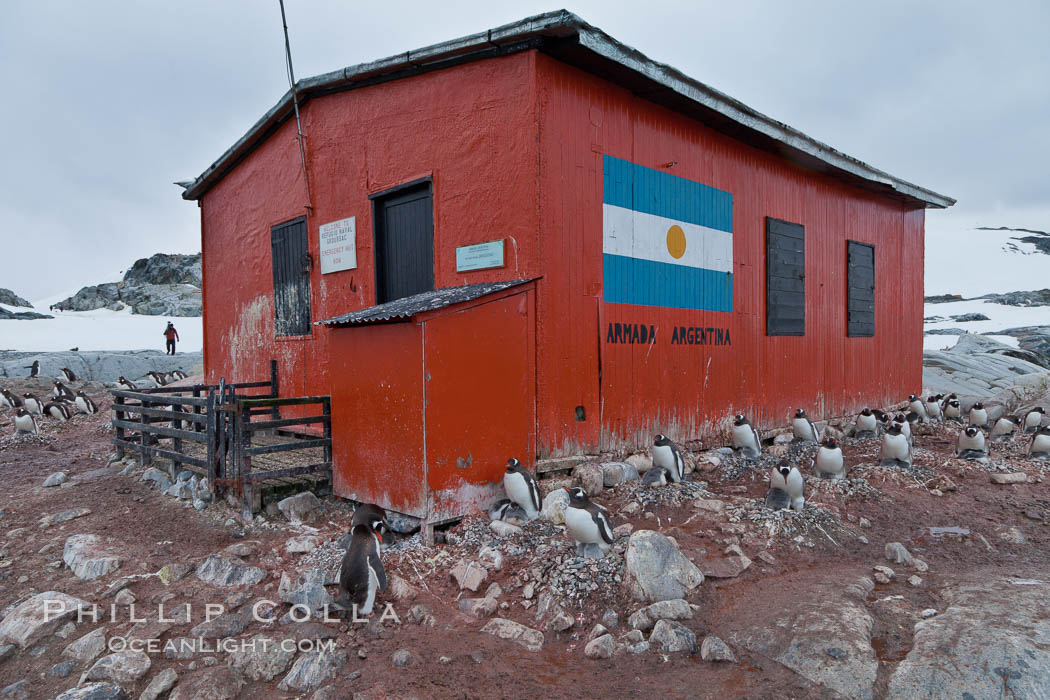