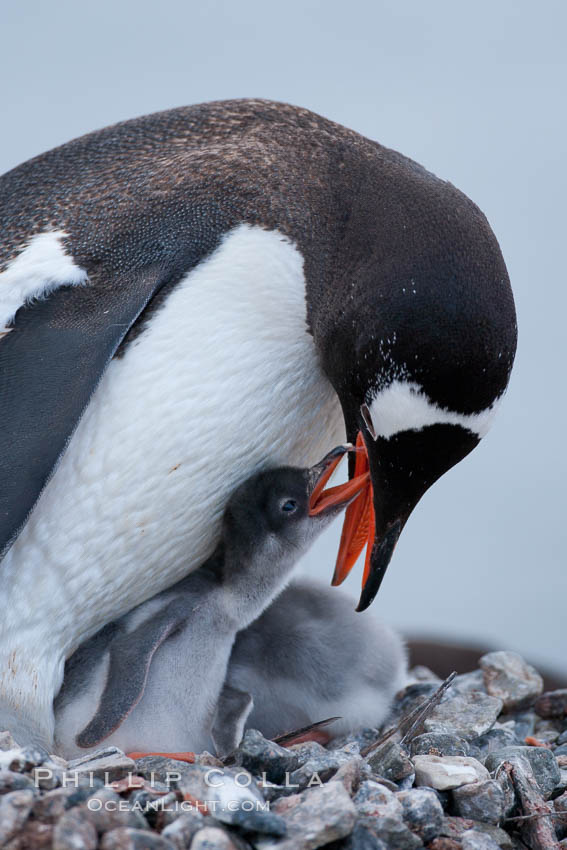 We are gradually working our way south along the western flanks of the Antarctica Peninsula. This afternoon we reach Cuverville Island after a 60 mile transit through the Gerlache Straight from our morning’s visit to Cierva Cove. Cuverville Island hosts a colony of Gentoo Penguins (Pygoscelis papua) and our timing coincides with the Gentoos’ rearing of their chicks. Gentoo nests are made of small stones, and the adults will frequently (almost constantly) steal stones from one another’s nests. It is a humorous situation to watch but I realize the incessent watchfulness and robbery required of their species’ lifestyle must be tiresome for these small kleptomaniacs. Watching the chicks as they are tended by their parents is the highlight of my time on Cuverville Island. They are so tiny and yet incredibly hardy to survive in such bitterly cold and windy surroundings. A Gentoo penguin chick’s home is literally a small shallow ring of stones built on bare rock, exposed to harsh wind, rain, snow and mist from the nearby ocean, with only the bulk and warmth of its parent penguin to offer any meaningful protection from the elements. Brown skuas are constantly present nearby, awaiting an opportunity to swoop in quickly and attack an unprotected penguin chick. Life is difficult here. 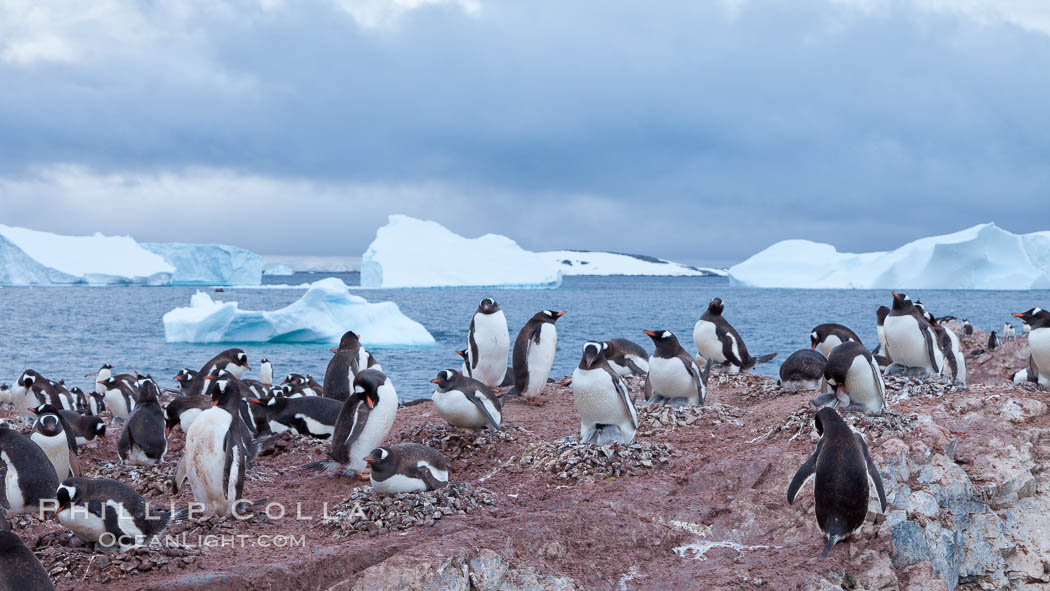