One of the best places in the world to see large Pacific torpedo rays (Tetronarce californica) is Farnsworth Banks, the notorious and spectacular underwater seamount a few miles off the backside of Catalina Island.  Torpedo rays are often encountered cruising around the peaks and canyons of Farnsworth Banks. What draws them there?  I have no idea, but I have seen them often enough there — and rarely enough elsewhere — to confirm the fact: Farnsworth Banks is great for torpedo rays.  We spotted several torpedo rays at Farnsworth in 2021, including one that I was able to photograph from below with rivers of bait along with the twin video lights of one of my friends visible far above.  If you are familiar with the circular fisheye lens (the one used in this image) you know how close the camera must be to the subject in order to render it at a reasonable size. In this image, the 4′ long torpedo ray was about 12″ in front of my dome port.  It ended up being one of my favorite photos of the year. Cheers, and thanks for looking! 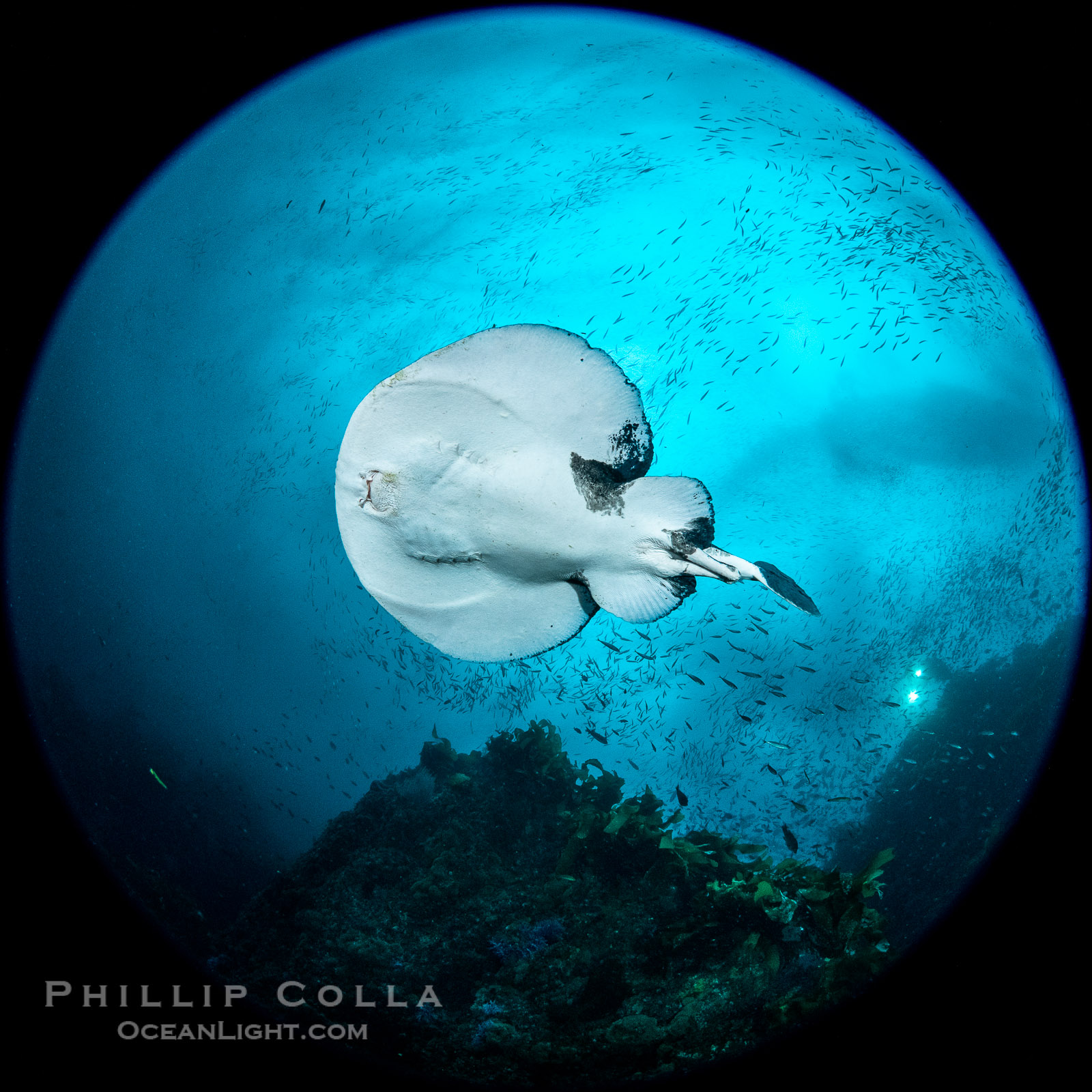