This is a “weaner”, a young northern elephant seal (Mirounga angustirostris) that has been weaned (is no longer nursing milk from its mother) and is now on its own. In fact its mother has probably already left the beach and is now at far at sea foraging for food. This young elephant seal will likely never meet its mother again. 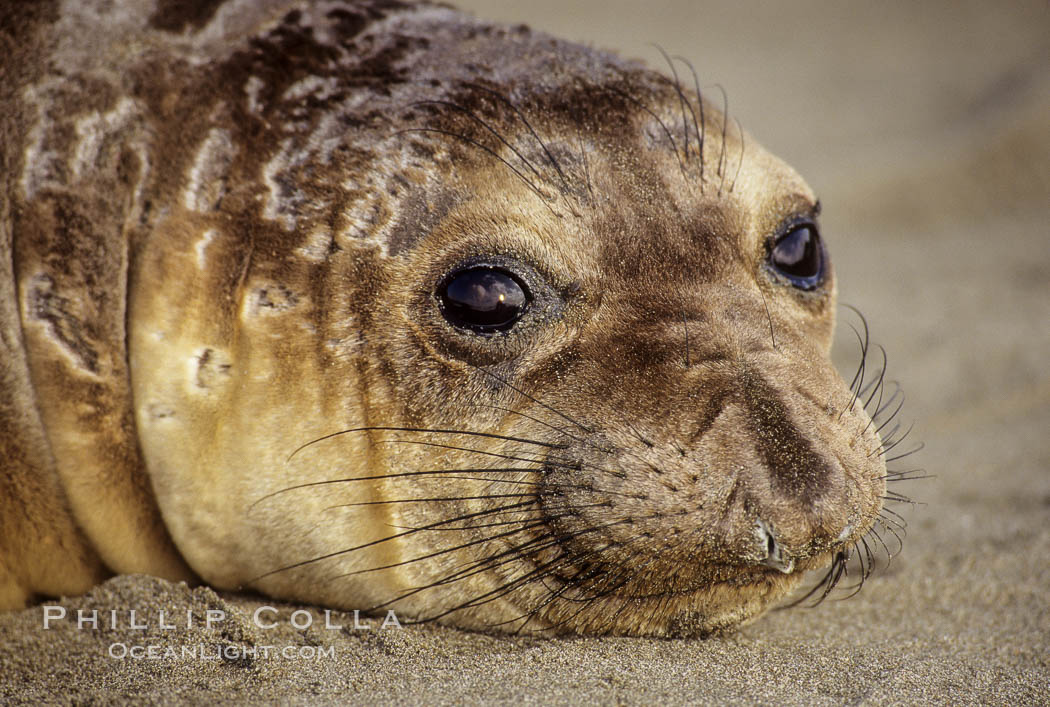 Females nurse their pups on fat-rich milk for only 28 days. Shortly before she weans her pup, the female will mate with one or more of the mature bull elephant seals. She will then return to the ocean leaving the pup to fend for itself. At this point the 300 pound pup is called a weaner and its existence is quite precarious. It must learn to swim and forage for itself, living off its fat reserves as it does so. For two months a weaner will remain at the rookery, gradually gaining swimming and foraging skills. If it is successful and survives, it will adopt a diet of squid, fish, rays and small sharks.

Photo of an Elephant Seal Pup