Photo of Blue Shark and Yellowtail

Some years ago I was freediving around an open ocean kelp paddy with Mike Johnson. We were photographing a few blue sharks that we had attracted to the paddy with a small bucket of chum. Two small yellowtail jacks were flanking one of the blue sharks, swimming closely beside it and repeatedly brushing along he shark. 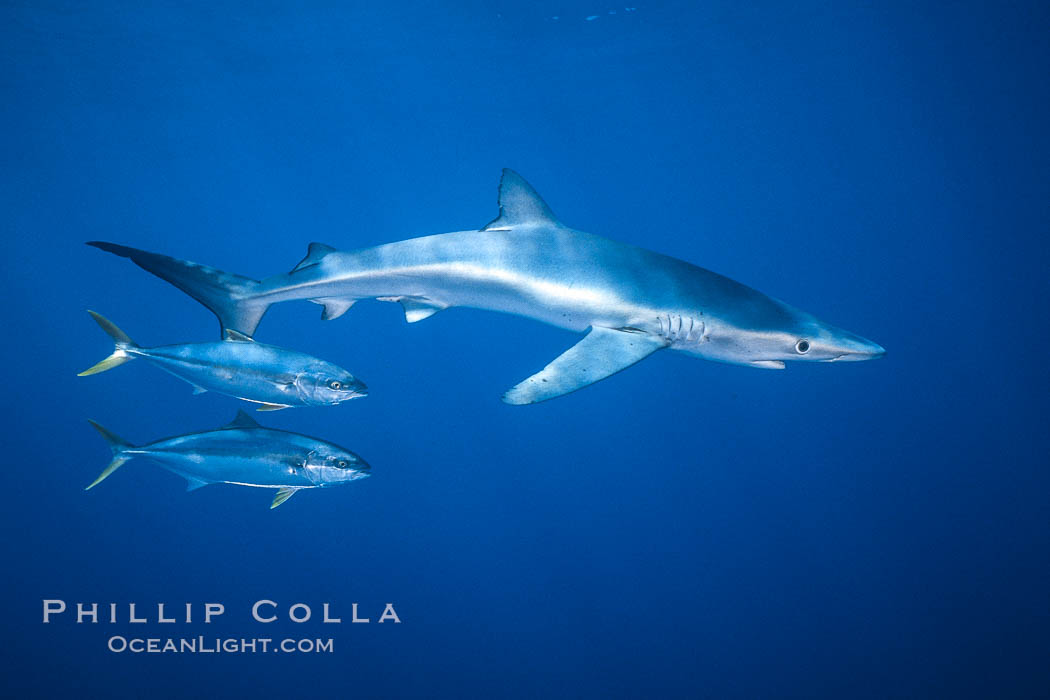