This Caribbean reef shark (Carcharhinus perezi) was shot late afternoon on a seamount in the Northern Bahamas. There were so many reef sharks it was crazy. They smelled the small bait box that I was sitting on and were quite bold, bouncing off my shoulders, tank, my head and arms and strobes, the whole bit. I shot machine gun style, hoping the strobes would recycle fast enough to keep up, in this shot only the top strobe fired which left some pretty deep shadows. I was not even certain if the shots were in focus as it was getting dark, hard to see, and I was not as thoughtful as I would have liked to have been in composing the images. This was my favorite shot of the bunch. 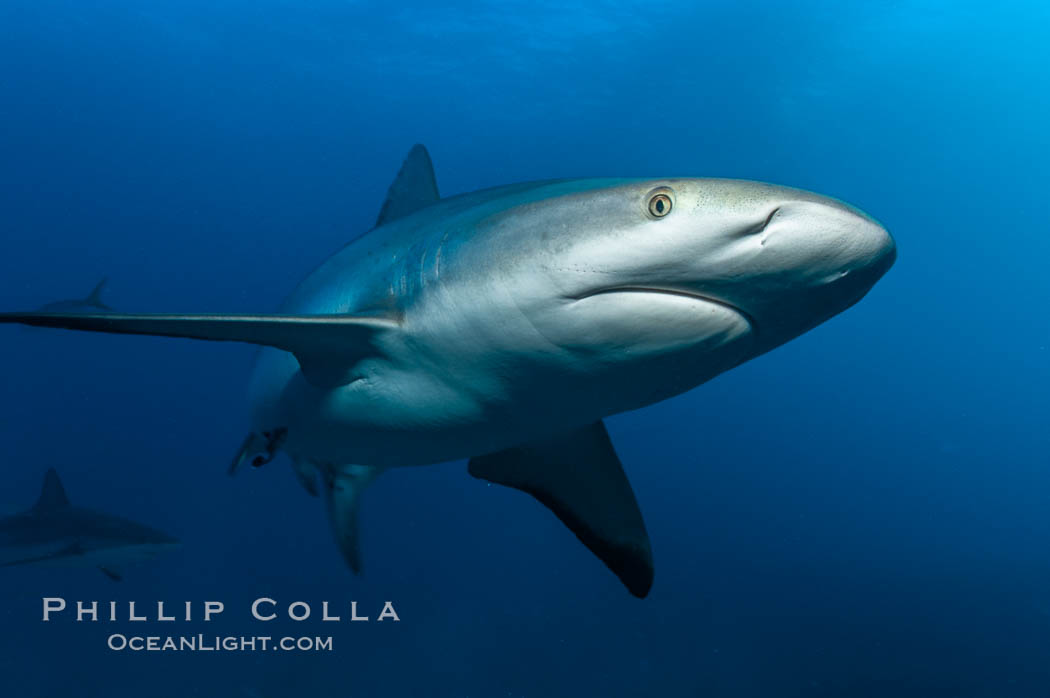