By adminDecember 22, 2010Southern Ocean
No Comments

Our final land visit was at Hannah Point in the South Shetland Islands. The crossing to Livingston Island from the northern tip of the Antarctic peninsula was, in a word, snotty. Decent swells, snow and rain, and high winds. Not drama-queen rough, but rocking and rolling enough that I preferred to sit down with a tea and watch the world go by through the big windows in the upstairs salon than spend my time on deck with a camera. It also meant that the prospects of making a landing were not looking good. But Hannah Point was on the lee side of Livingston Island this morning, and once in the bight of the island (formed by a portion of a volcanic caldera) that makes up the approach to the landing, the seas settled down somewhat and a landing was made. On the point itself are, surprisingly, more penguins. Notably, however, there is also some vegetation, something we saw very little of over the past week in Antartica. A long, curving black-sand beach in the distance showed some juvenile southern elephant seals (Mirounga leonina), so I passed by the penguins and headed down to watch the elephant seals mock-fighting in the water. 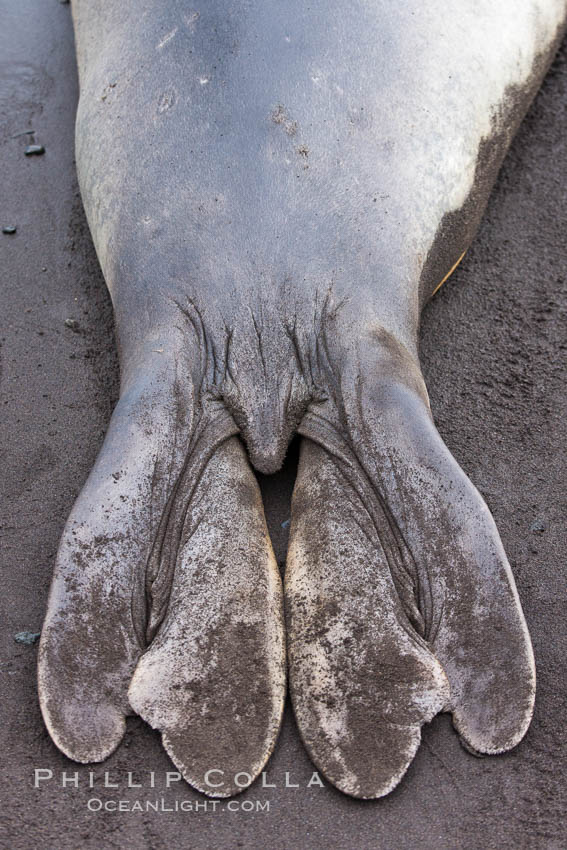 The bulls had by this time of year all cleared off the beach and were out at sea foraging for food. Only younger animals remained, wallowing on a bluff 50’ above the water or down on the sand beach. I tried to make some images of them in the water, wrestling and tossing water about. Occasional blasts of sand-strewn wind would howl down the beach in an effort to bowl us over. Gentoos would regularly swim in to the beach and waddle on the sand to their rookeries a few hundred yards away. Twice I witnessed wind blasts topple the small but sturdy birds, only to see them pop up a moment later and continue on their way as if nothing had happened. I am continually impressed with their hardiness. My final attempt at a photograph on land for this trip was to lay down in the blasting sand, which was growing worse by the hour, and try to illustrate how the sand raked over the seals. I got a few shots that I am reasonably happy with but may be picking sand out of my camera for months. About noon we depart, heading off for what promises to be a fun-filled two days in the Drake Passage. 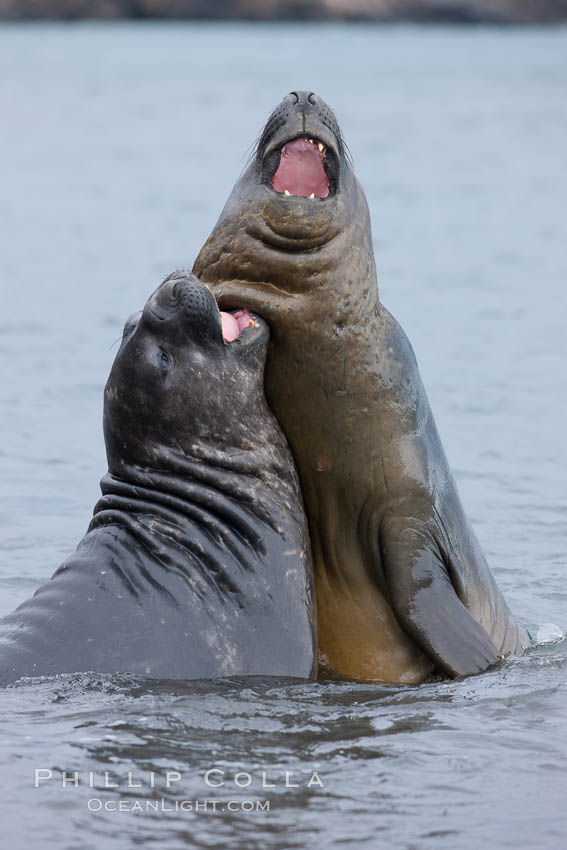