This is the last in my “Southern California Bight Sampler (Post-Covid?)” series:

Each Fall I look forward to spending time in the shallow waters of a California sea lion rookery, watching young pups play, tired mothers rest and huge bulls patrol their harem territories. Sometimes those dives are in the Sea of Cortez, sometimes in the Channel Islands, but the last several years they have been in Mexico’s Coronado Islands. The northernmost of Baja California’s island groups, the Coronados lie just south of the US border and host a relatively healthy population of California sea lions (Zalophus californianus) as well as many Northern elephant seals.  As in years past, I set aside several days in September and October to dive with and photograph my favorite pinnipeds in blue, clear, warm water. 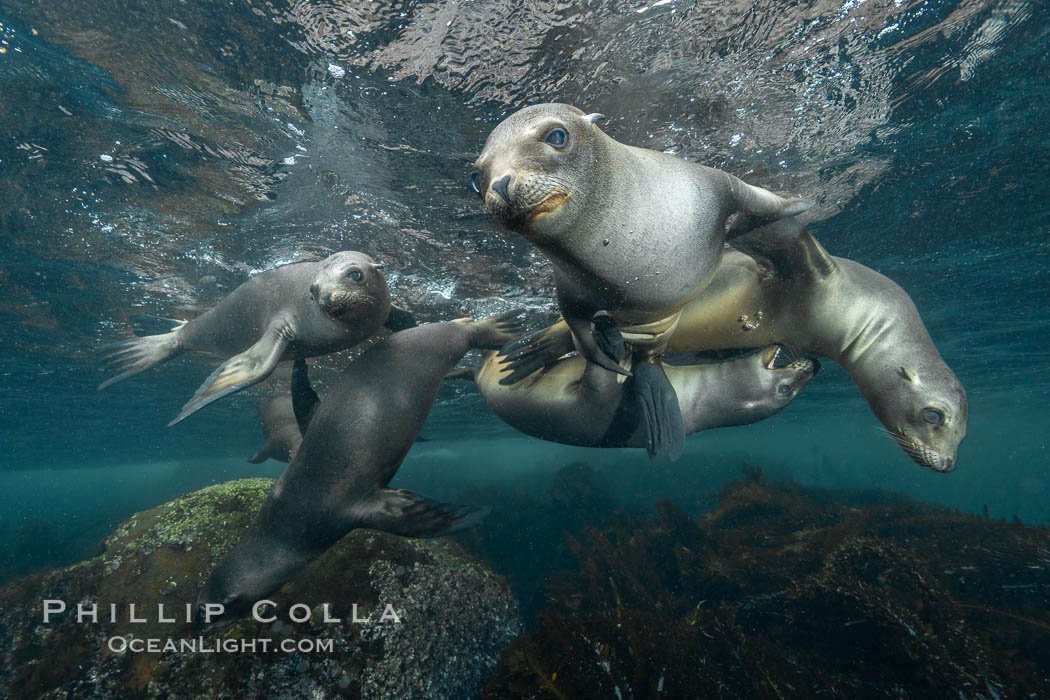 One problem though: this year the water was neither blue, nor clear, nor even calm. For some reason, the Southern California bight (which includes the Coronado Islands) has had terrible water all summer and fall. Not only was it dirty, green and hazy but it was often unseasonably cold as well. The only marginally good water I experienced all summer was at Catalina Island and Farnsworth Banks, and even that was iffy at times. I have no idea what pissed off Poseidon this year but we simply did not have water suitable for photographing. As a consequence, the sea lion images I made in 2021 are underwhelming, scattered, dark and few. However, the young sea lions themselves were awesome: fun, gregarious and so full of energy and life that they made up for the crappy conditions. I emerged from the water after most of my sea lion dives both electrified by the experience of being with these animals and dismayed by what I knew would be terrifically mediocre images. By late summer I realized the water was not going to improve and decided to try fooling around with video instead of shooting still photos. I had enough fun with that that I will probably continue with more next year and may get around to posting some of this year’s video to my website if I can learn how to edit it. I mean, does the world really need another sea lion photo from me, not to mention amateurish video? 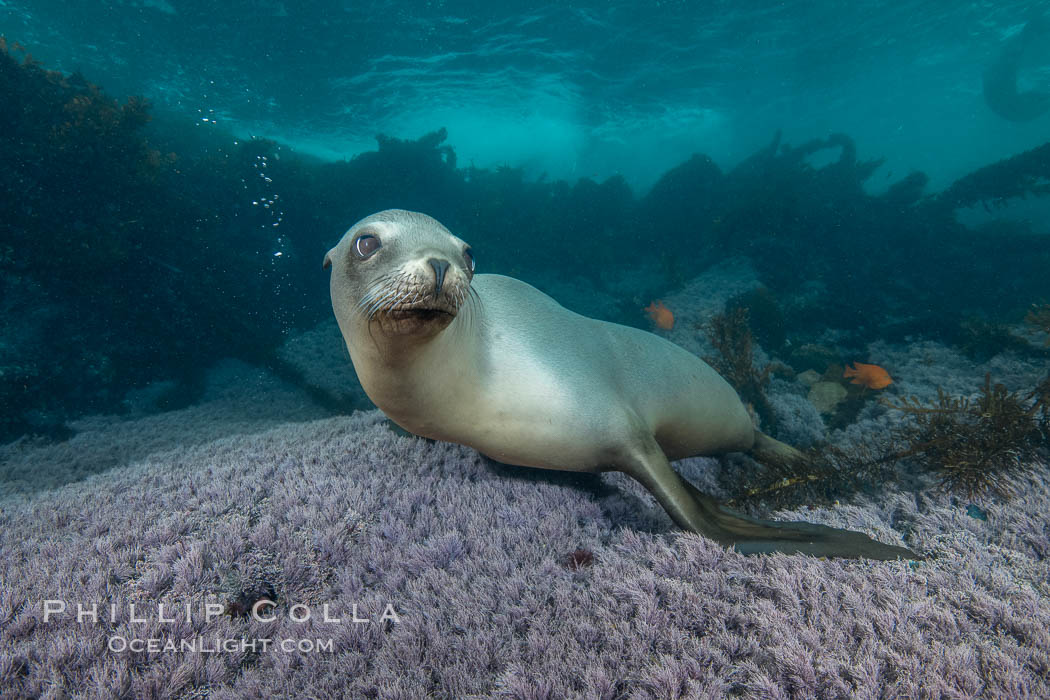 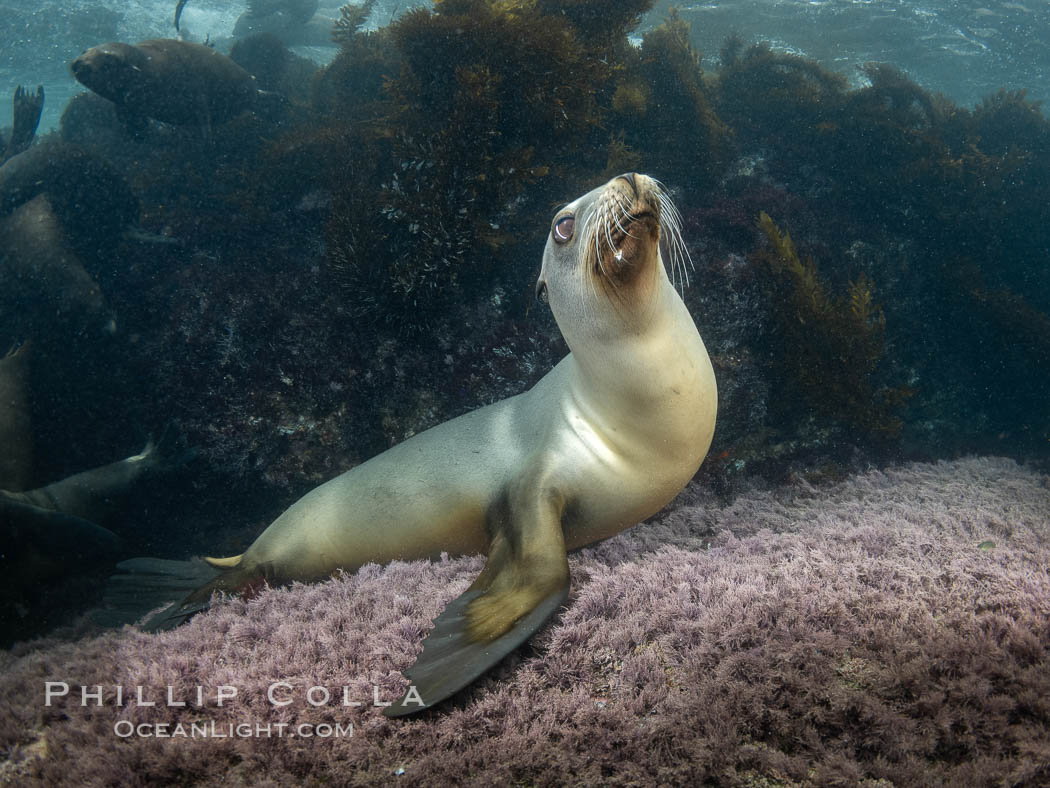 Below are the few images I kept from 12 hours underwater at the colony. The overarching themes were: dark, dark and dark.  We had almost no sunlight the days I was out so producing beautiful sunlit images was simply impossible.  I replaced my quiver of faithful and powerful YS250 blast-master strobes with smaller D3s and for the most part the new strobes kept up, but the light has a different feel to it and simply changing the white balance does not quite account for it. It will take me a while to get used to them, but the D3s are fantastic strobes!  The two images that I like the most are those of beautiful golden-colored adult females. Usually the females are standoffish toward divers this time of year, having had to deal with both the amorous and dictatorial attentions of a bull as well as the neediness of their hungry pups. But this year I had several females sit with me for extended periods of time on my favorite shelf of purple algae, resting and posing in a shared moment of zen.  Eventually the bull would come by and encourage her to leave me, like a boyfriend who has spotted his best girl with some random dude at the bar. I also managed a couple of interesting but dirty and poorly lit images of big bulls.  There were three that I could recognize after spending several days watching them, and I received nice side-eye from two of them. The one notable thing about these two images is that they illustrate the relative size of breeding males. Sea lions are hugely sexually dimorphic and when a big bull comes near one can fully appreciate its size. The rest of my images are of pups, either yearlings or, in a few cases, young-of-the-year (they are all born in June). That I kept any images this year is due to my desire to have a remembrance of time shared with these charming creatures, and to bookmark the year in my ongoing body of work.  It’s all good, and 2022 will be back to blue, warm and clear water I am certain. Cheers, and thanks for looking! 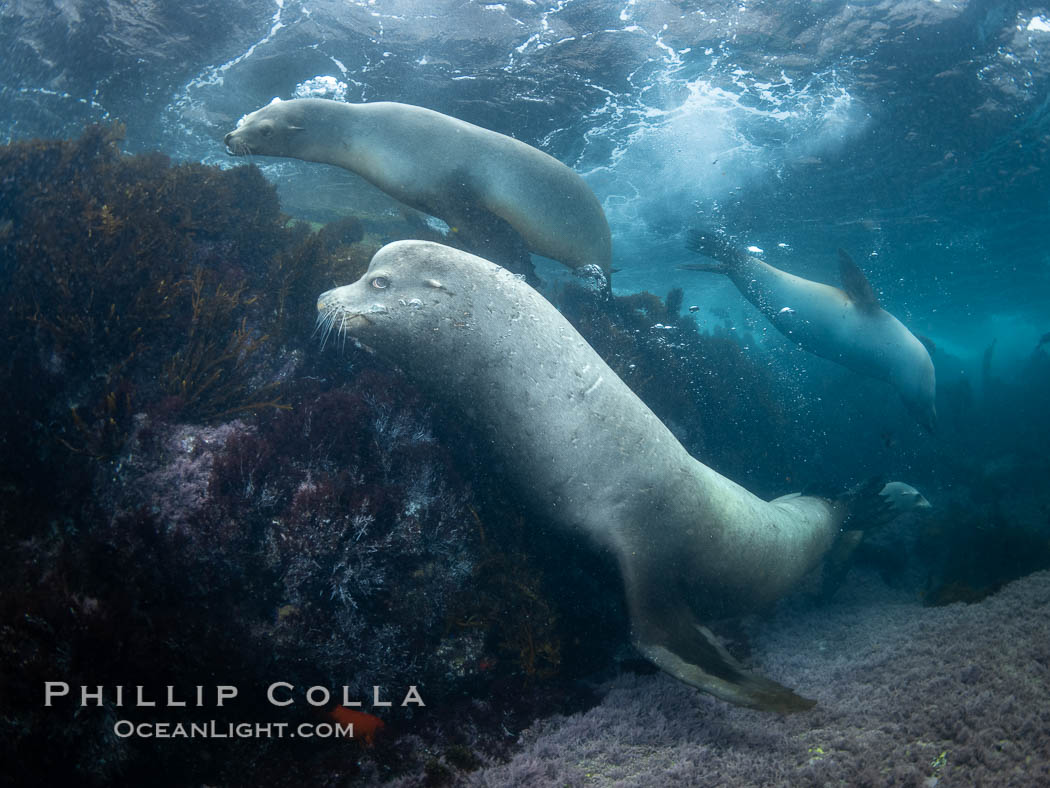 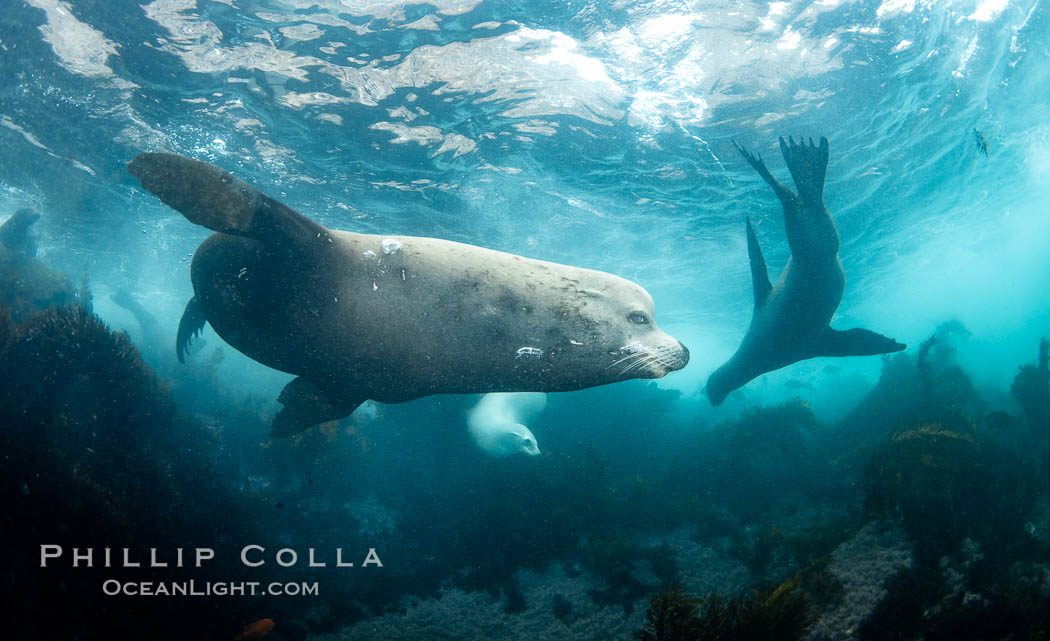 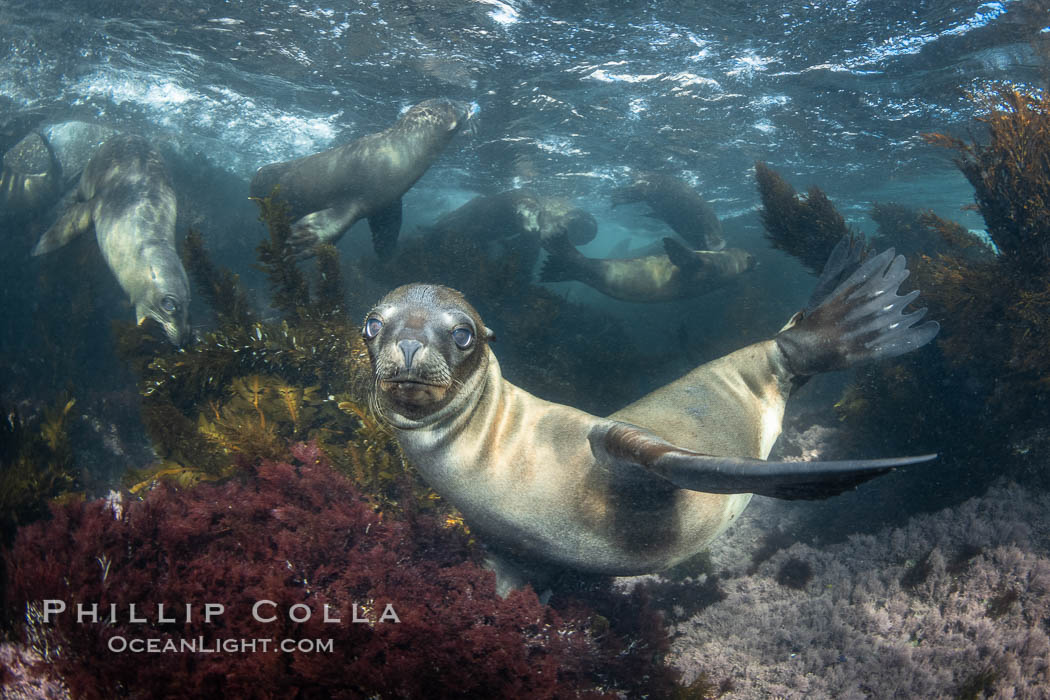 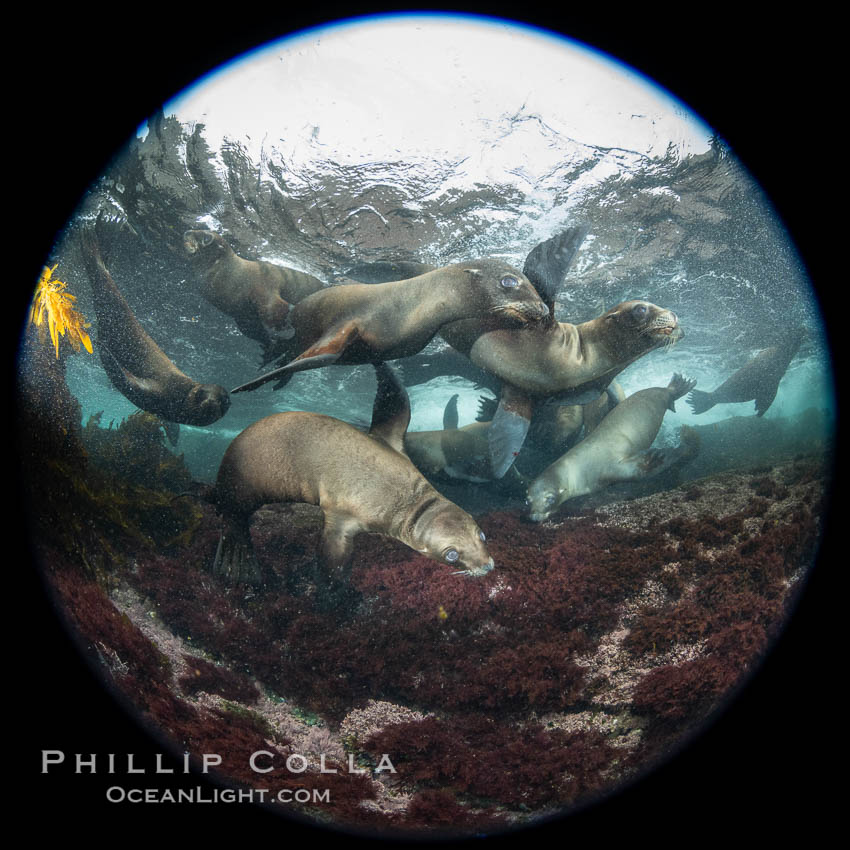 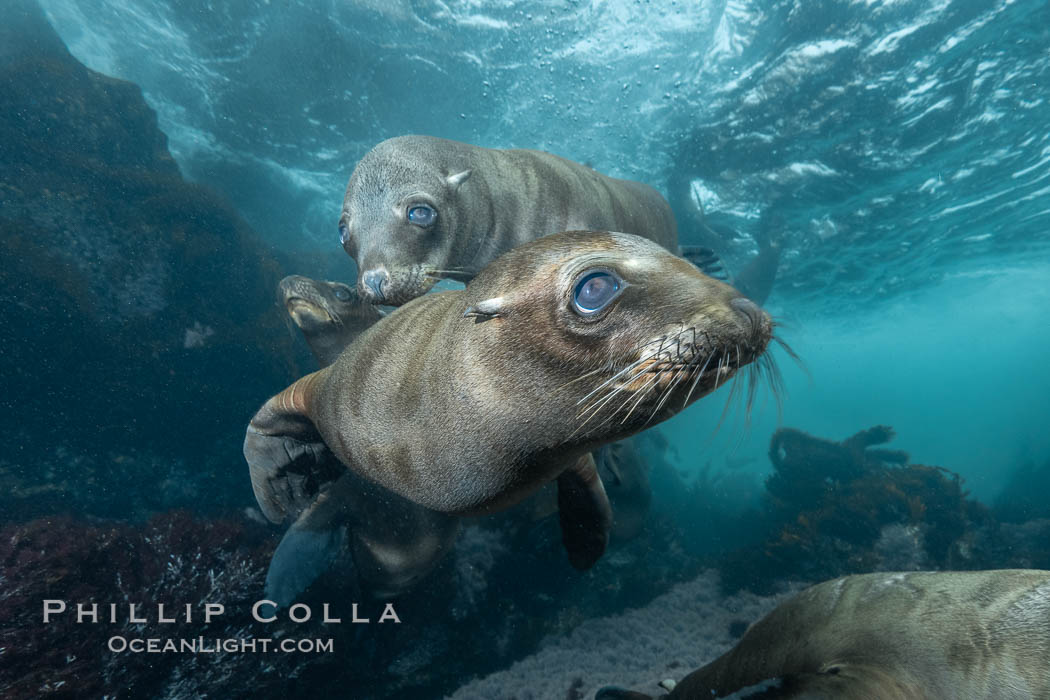 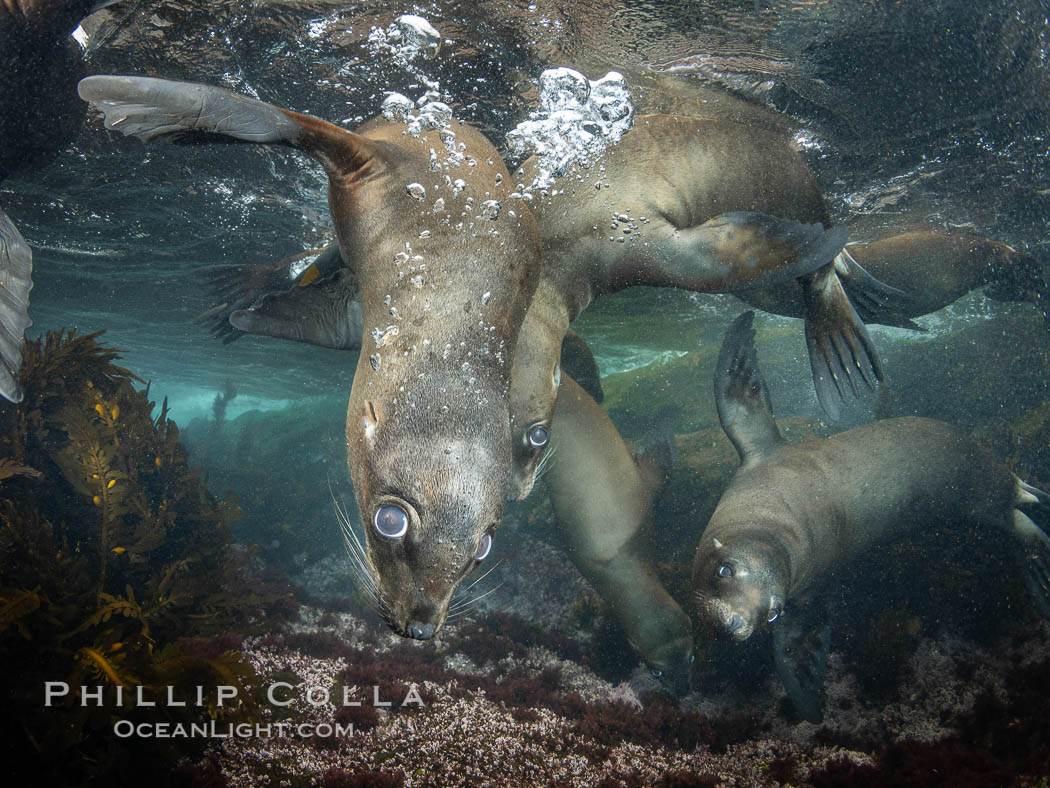 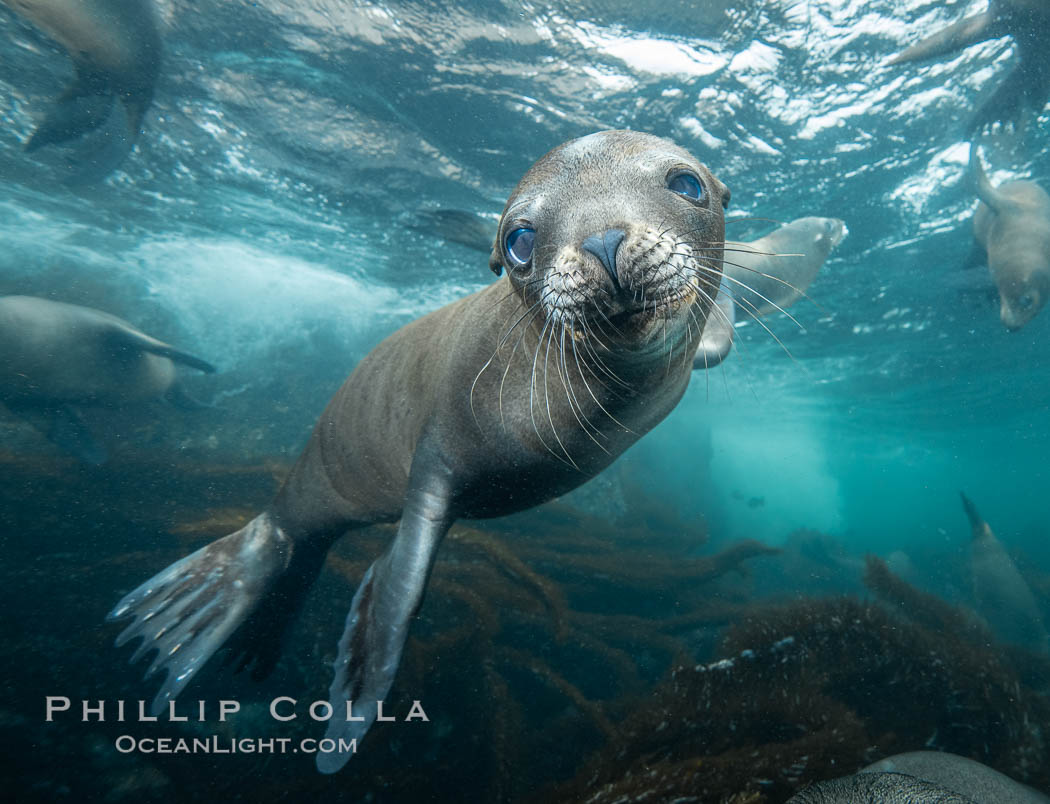 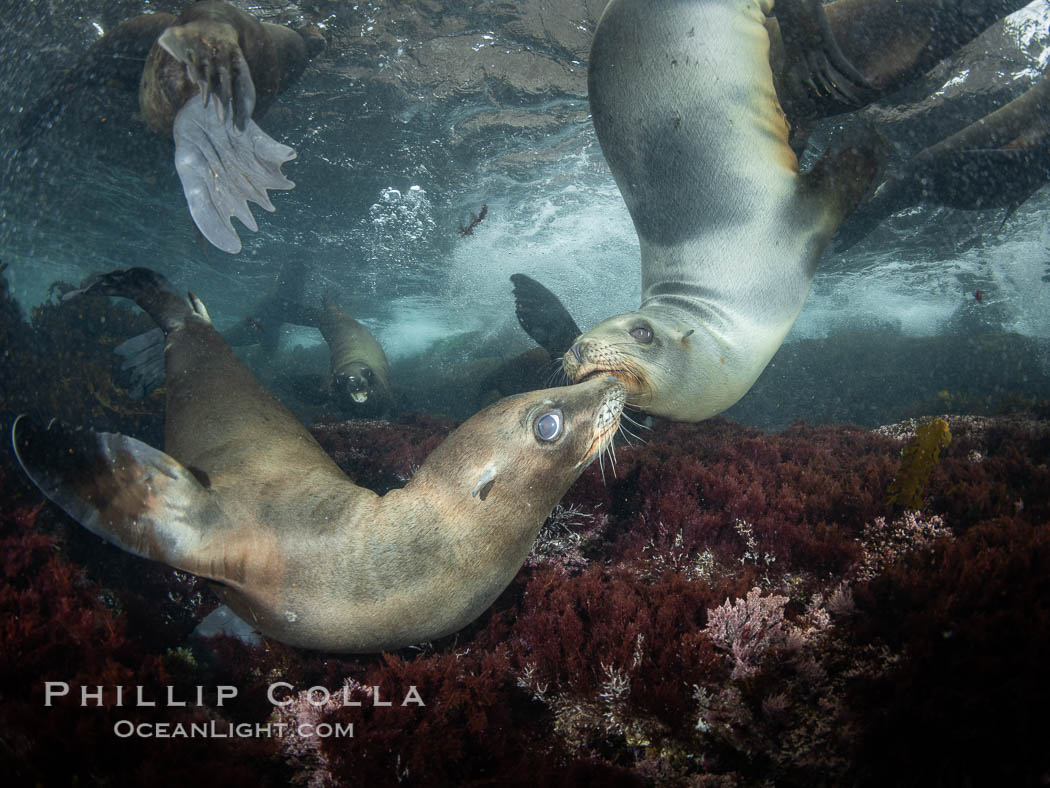 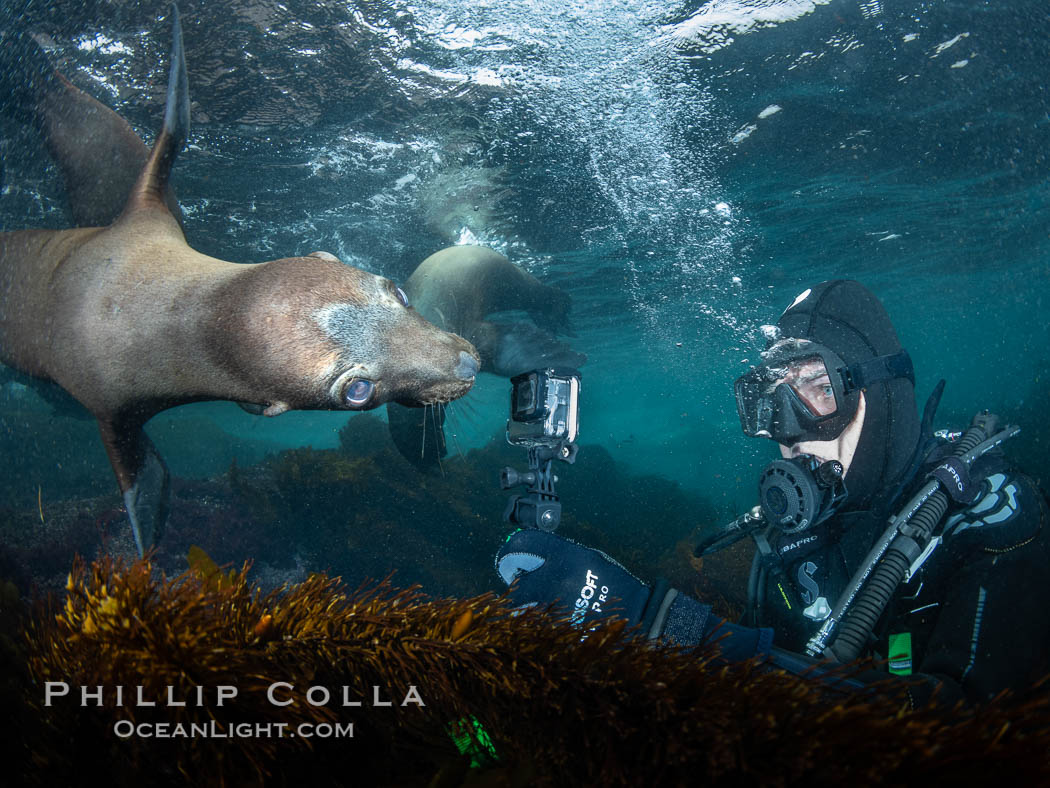