The weather today continued to turn for the worse after we departed Godthul, so a decision was made to travel to Drygalski Fjord at the south end of South Georgia Island in lieu of an afternoon land visit. So, after lunch and a few few hours of travel down the coast of the island, we found ourselves sailing into the narrow gorge that is Drygalski Fjord. The fjord pierces the island dramatically, cutting deep into the interior. High peaks, of which we could occasionally get glimpses through the heavily overcast skies, tower above. As we approached the terminus of the fjord, we found the water clogged with brash ice. Occasional small chunks would calve from Risting Glacier, the obvious source of all the floating ice. It was beautiful. At one point a “shooter” broke the surface with a big splash, and its wave cleared an opening in the brash ice. A “shooter” is a chunk of ice calved off the submarine portion of the glacier, sometimes very deep, which then accelerates as it floats upward to the surface. By its very nature, a shooter is a complete surprise and can easily damage a boat, so the captain kept a safe distance from the Risting Glacier. 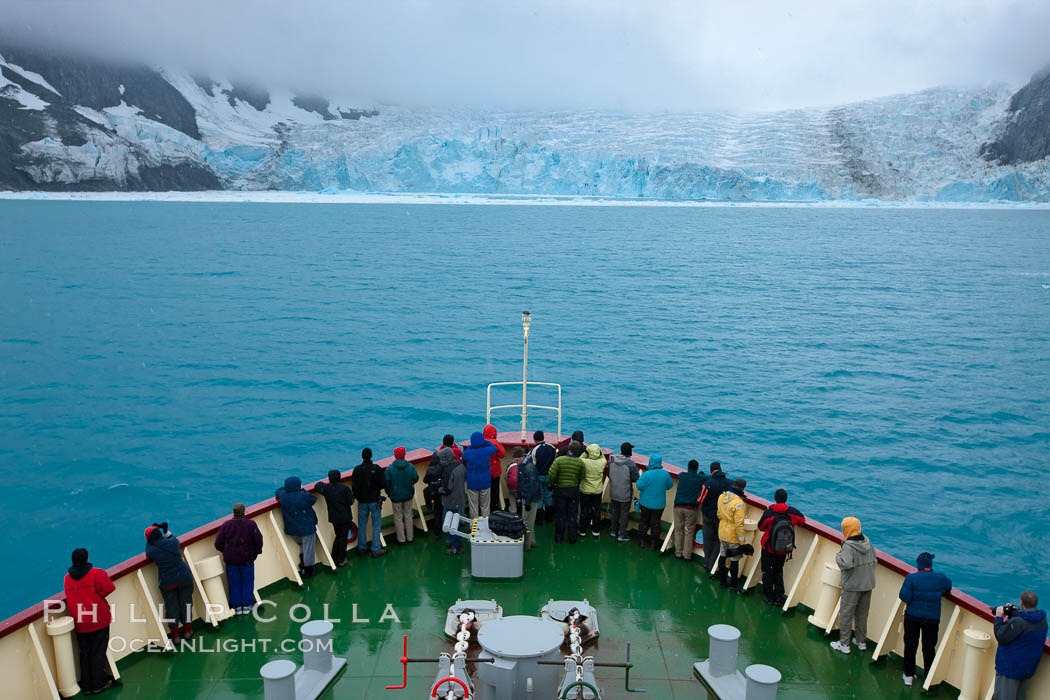 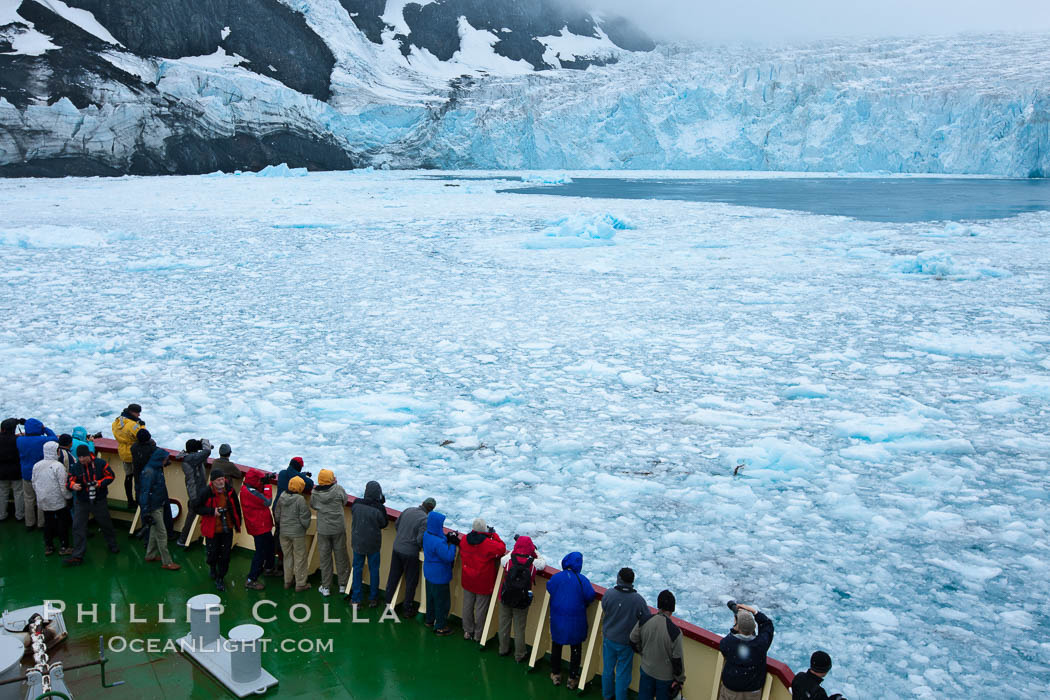 Drygalski Fjord, passengers on icebreak M/V Polar Star. The water is packed with brash ice which has broken away from Risting Glacier at the end of the narrow fjord.
Image ID: 24684
Location: Drygalski Fjord, South Georgia Island 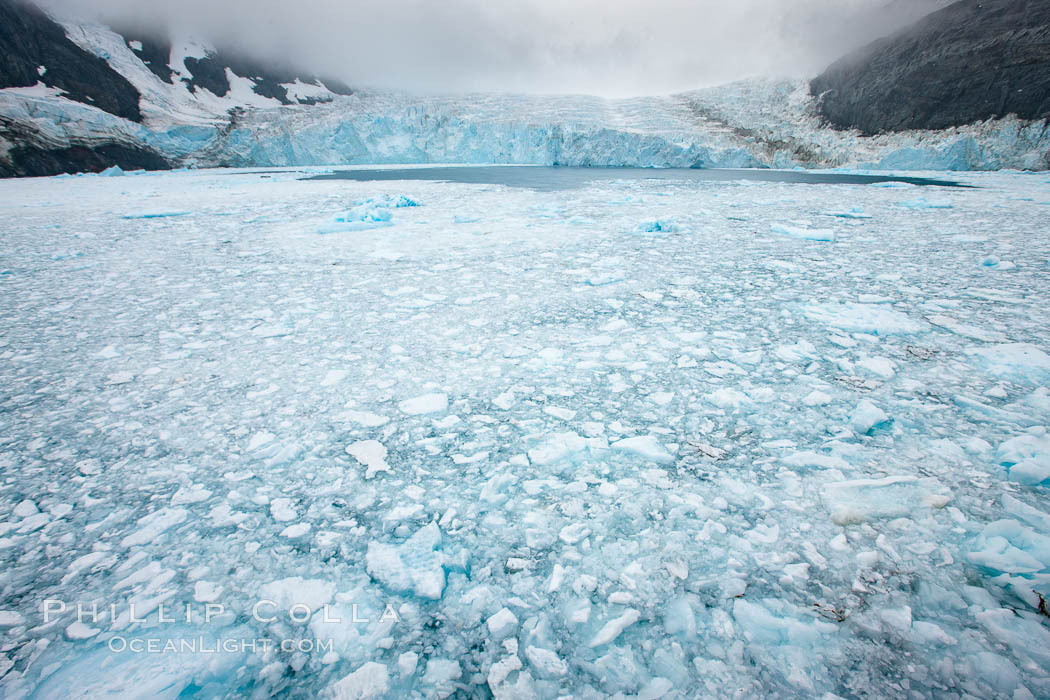 Drygalski Fjord, packed with brash ice which has broken away from Risting Glacier at the end of the narrow fjord.
Image ID: 24743
Location: Drygalski Fjord, South Georgia Island